Remembering the presence
Kabir says, “Brother
I have gone crazy-
quietly, quietly, like a thief
my mind has slipped into the simple state". 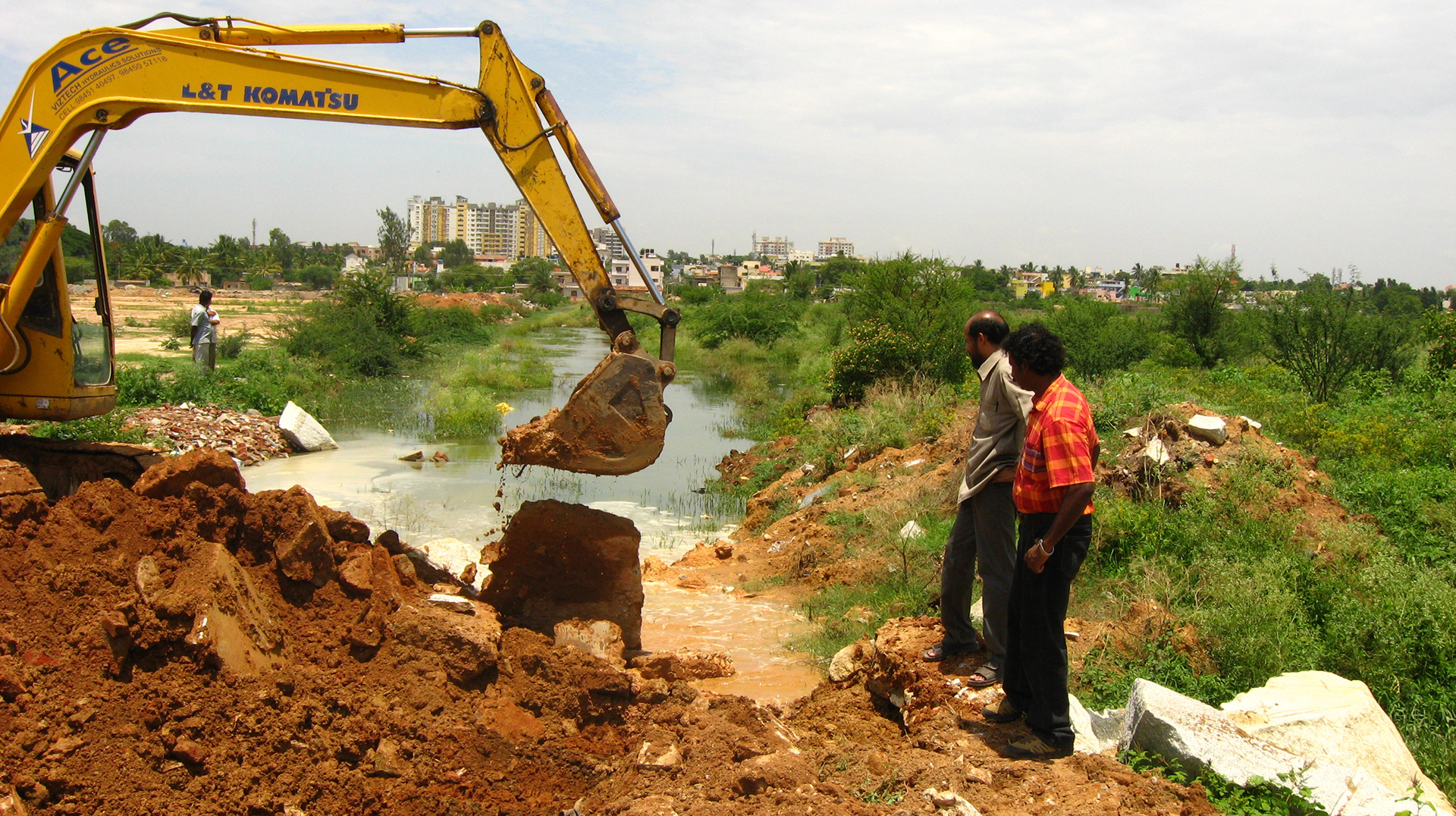 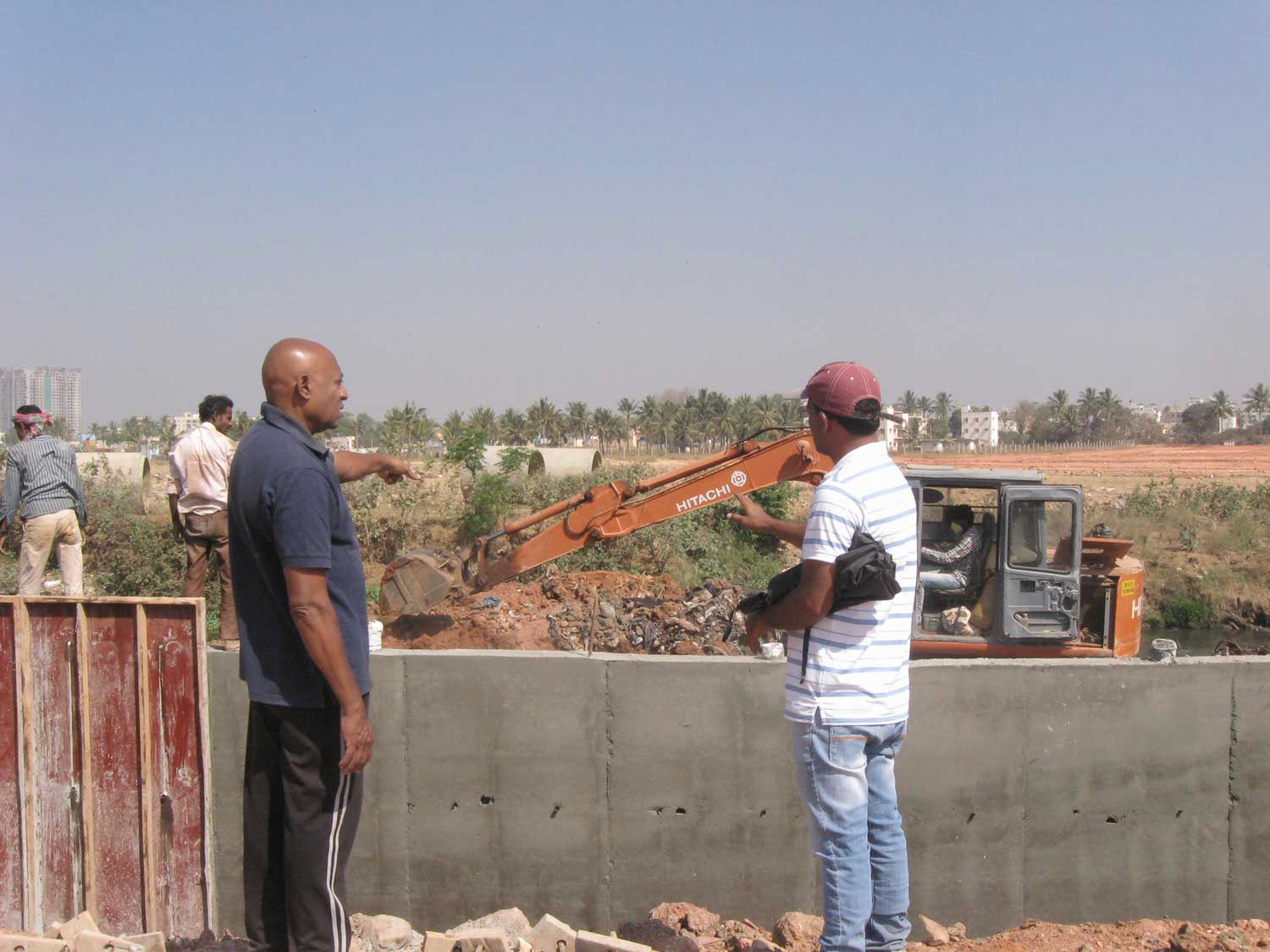 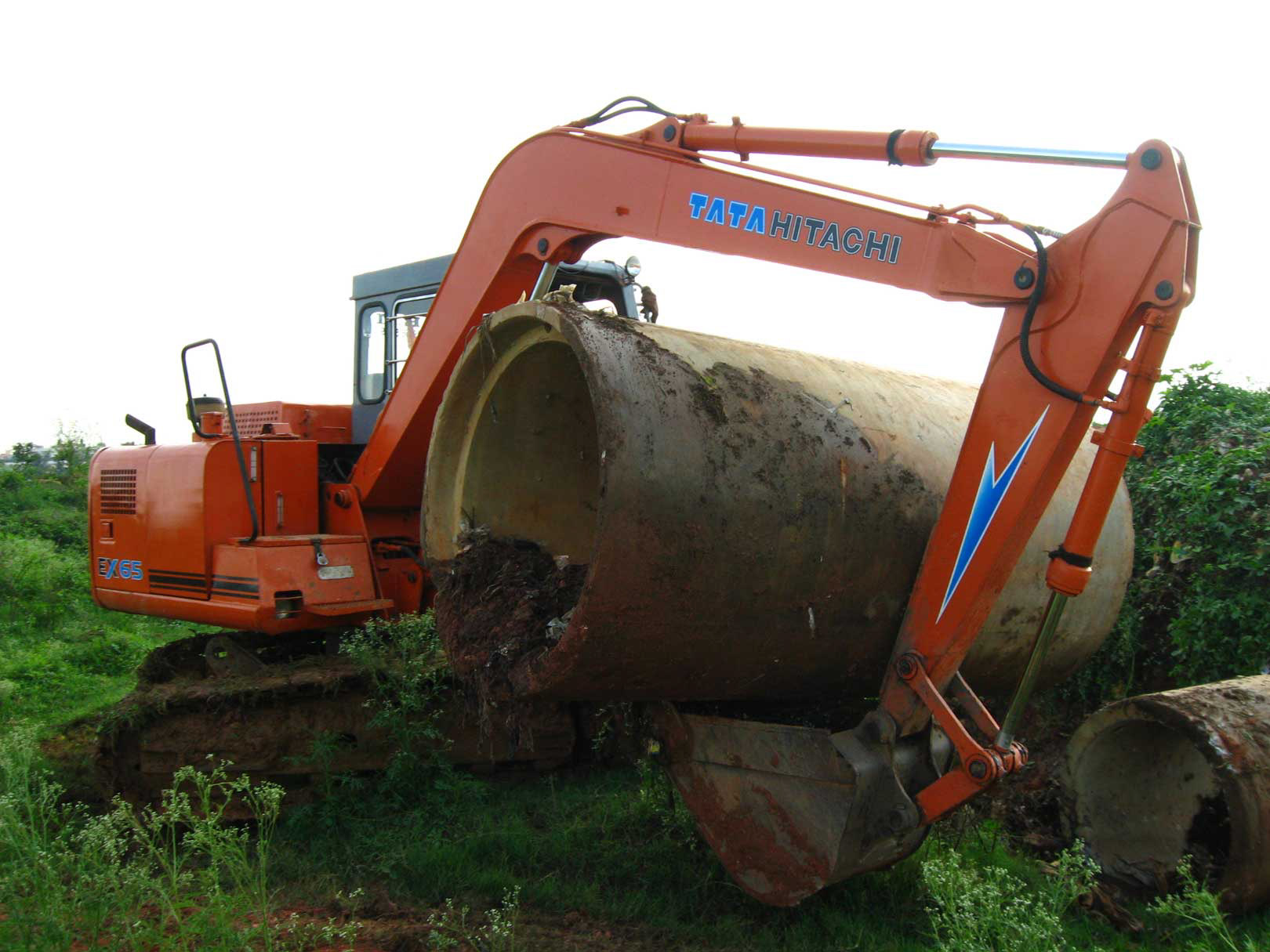 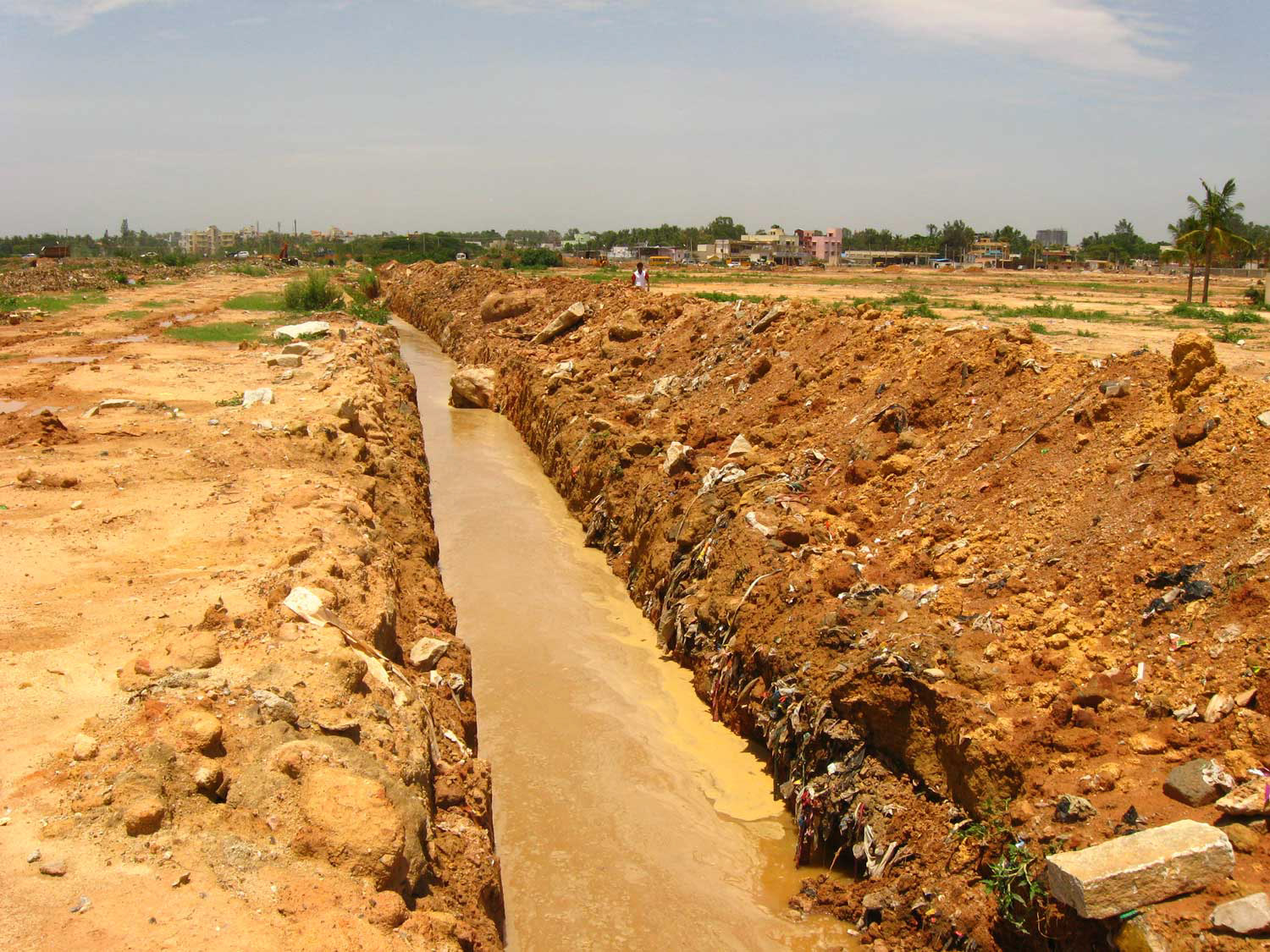 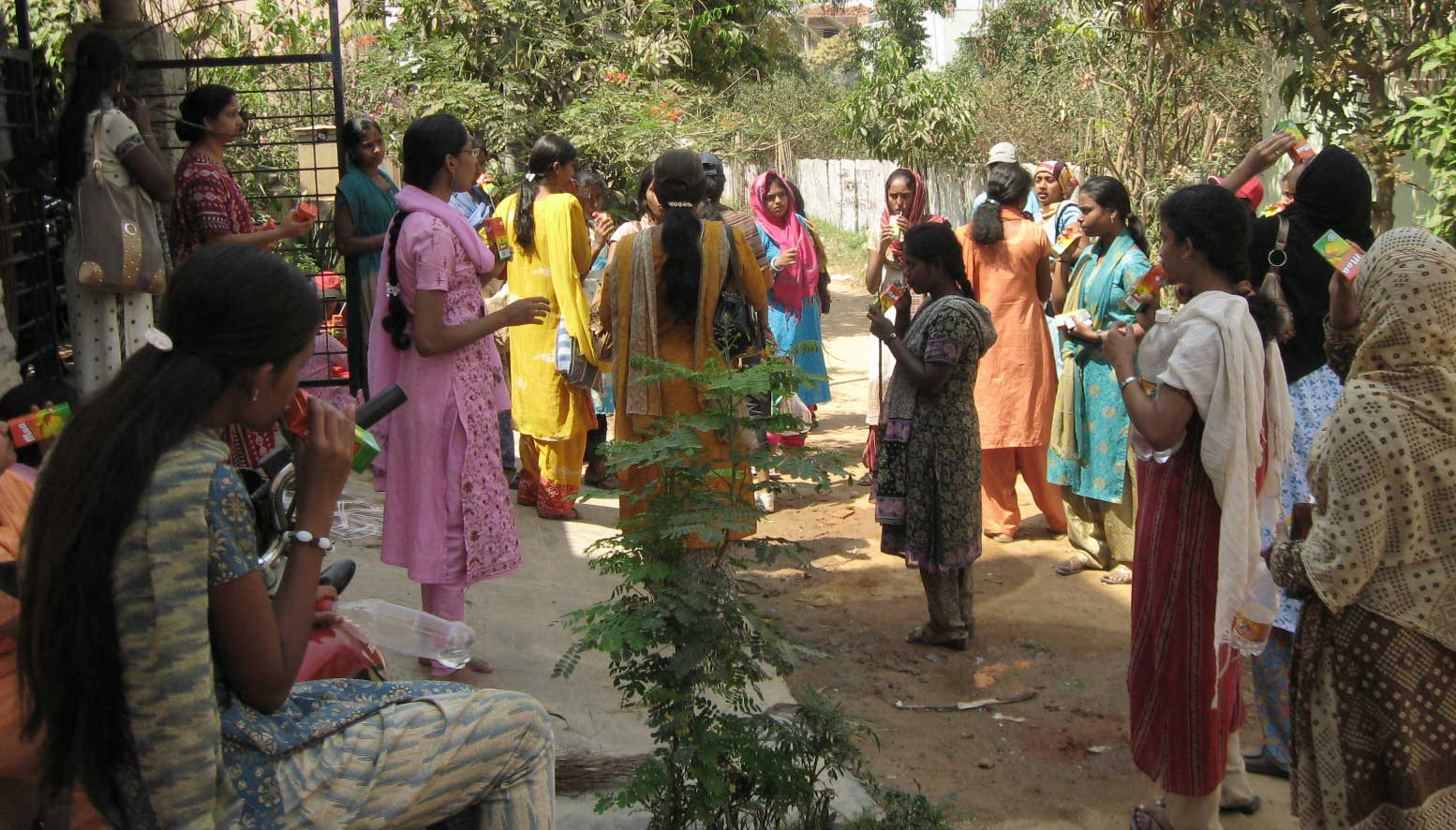 How the art that I did affected and guided me.
The last installation project (walls of memories – an art event of unresolved edges)  that I did in and around a dead and abandoned open well in 2003 compelled me to look at real life, the land and the communities. The well with which Tripura Kashyap, Azis T.M, and I engaged for over three years was dry and abandoned. It was without its soul – water. The well stood witness to the ills of unbridled urban development, bringing forth memories of a civilization gazing at our world from the depths of silence.
Our working with the well and the community that was once connected with it was a journey through what has lost, the anticipated loss and the negotiated life between the two. In the 35 feet gap from the ground into the depth of the earth every moment of our working oscillated between the gravity of bodies and the realisation of the weightlessness of everything. End of matters that mattered. Hence working on every form was an attempt to explore the enigma of our relationship with what we are and that which is disappearing.
I realised that it is the humble and invisible that preserved the wells with glowing waters and the land with an abundance of life. They all held a view of life founded on simplicity, caring, sharing, sacrifice, and nondogmatic faith. The labouring men and women, the farmers, caring mothers — all were the custodians of this vision. They all remain at the margin, not fitting our mainstream discourses. The times today compel me to see closely how they resolve, forgive, tolerate, include, share, transcend, let go, go dormant, and preserve sanity and grace. In this I see more and more possibilities for survival, choices for living, and for holding peace. I realise often what we discard is what continues to serve our survival. Their unassuming work, like the work of earthworms and other innumerable beings on earth, gives me hope and trust: it brings back springs to a well that has gone dry.

The first two years after this project, was an opportunity to make sense of and care for the land around the well. It was a search for real life connections: thinking how to revitalize the earth, talking to farmers, understanding water and its flow, making percolation pits, mulching, reviving the microorganisms, planting saplings of various kinds, understanding the capacity of the land and inviting life back to it. I did not create any art work during this time. I wanted to feel in my own body how life is made possible and its interconnectedness. During this time, with the help of Mr. Vishwanath and the Indian Institute of Sciences, Bangalore, a study was conducted on the ground water of the area and a proposal was submitted to the Ministry of Environment to recharge the wells.
After leaving Visthar in 2005, I wanted to engage with the land and community to which our home and studio is a part. A failed fight to protect three large banyan trees from felling guided me to take on a more nurturing role. With the support of people in our community we began planting trees on sides of all the roads in our layout. It continued for nine years. As the tree saplings took root and grew, I began finding my own existence here a real one. It was no more an abstract idea, but throbbing with life -- with land, trees and people. Every day was about dealing with some issue or the other affecting the community. Dealing with bureaucrats, politicians, engineers, contractors, various service sectors, unpredictable tempers, uneasy encounters, and discovering what it was to work not just with different people but with different minds, strengths, weaknesses, and interests. There was desperation, anger, cynicism, crisis management, as well as eagerness, anticipation, and hope. The attempt was not merely to resolve pressing concerns, but also to see how one can do it through mutual respect, not using fear or power tactics, or even influences but with a spirit of responsibility and care. 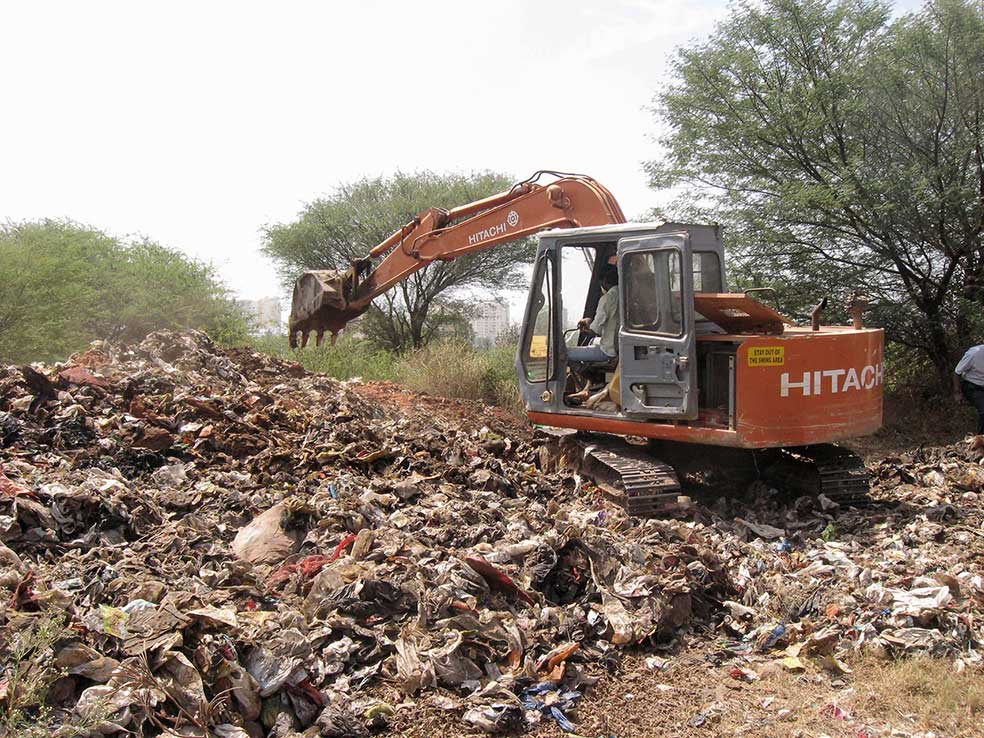 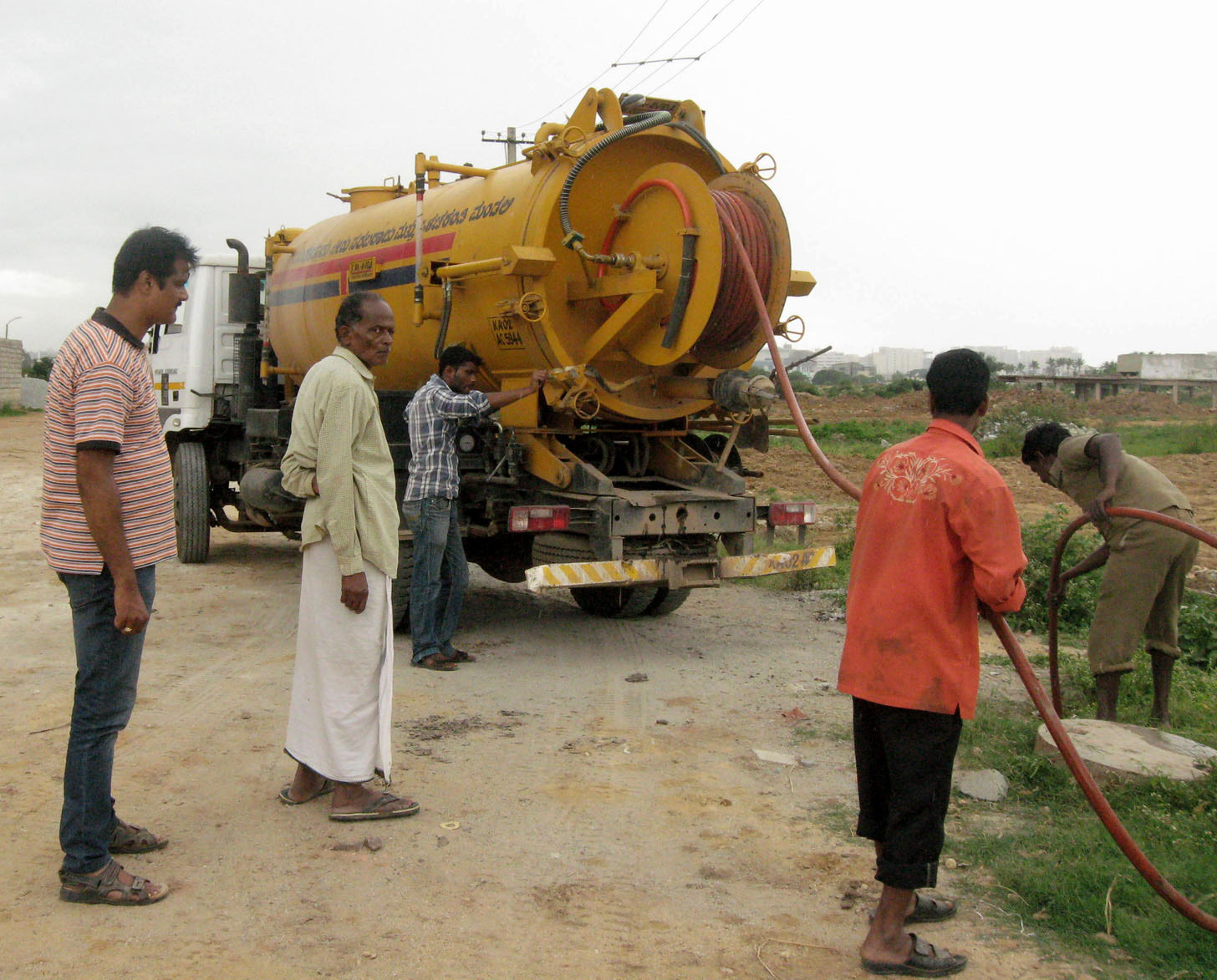 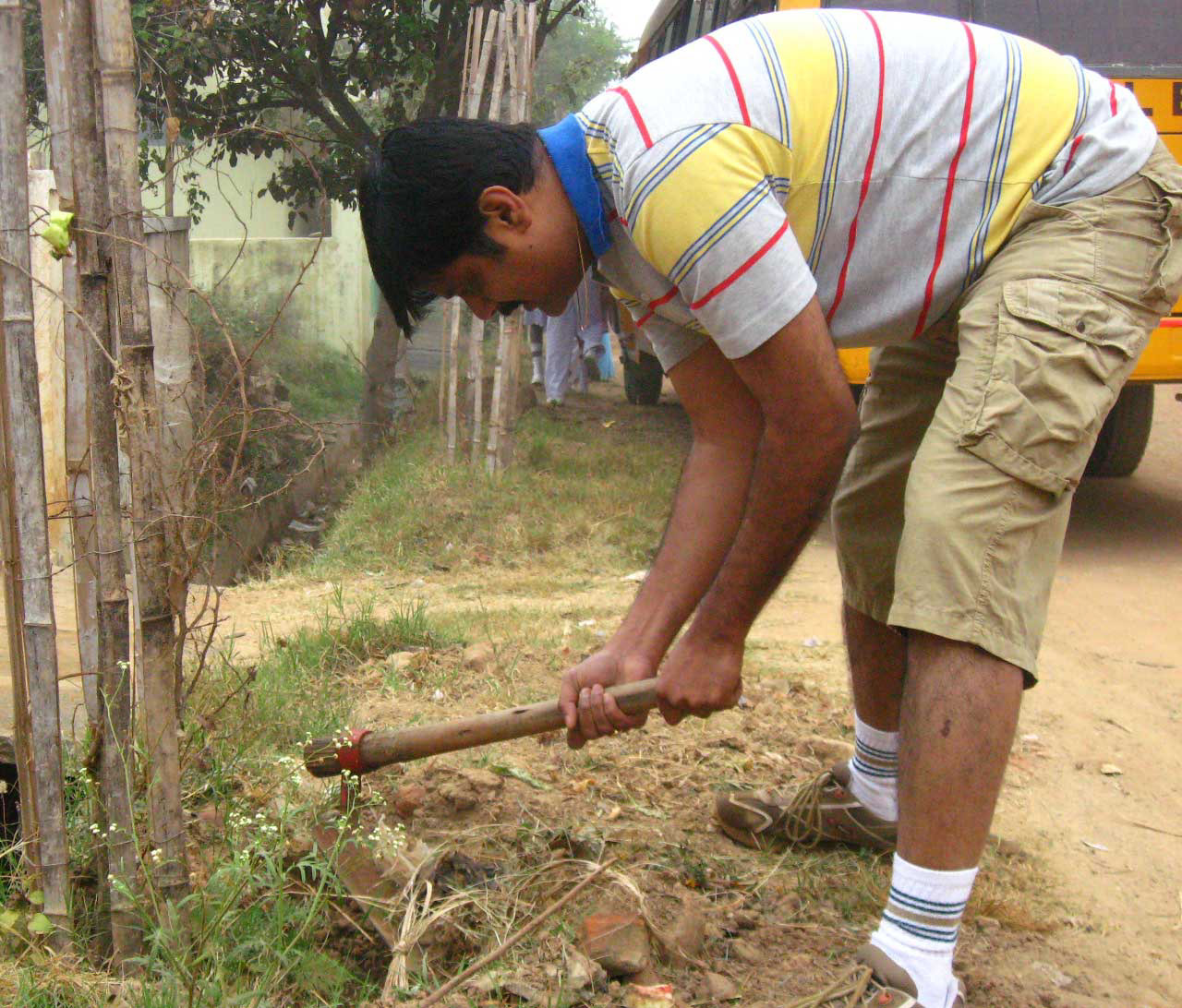 It was difficult and agonizing. Different from when we bring societal concerns into art. But within its muck, we can experience and breathe the freshness of life. Unlike art, they are mortal, momentary and short lived, but are vital springs of life.
The cultural practices that we engage with and present today often serve a discourse that stems from and address an abstract and floating reality. It may have to do with a line of thought that is a distant history or an abstract notion of identity, or even a notion of justice and these preoccupations are held disregarding stories of the immediate living, or the land-and-place-cantered identity or the respect and justice that the neighbour deserves. Preoccupation with abstracted thoughts and forms result in the loss of our own inner thinking uprooting us from our capacity to discern because abstraction makes us lose sight of inter-connections whereas, engaging with a spirit of regeneration will help open us up to the intelligence and inner workings of the small, insignificant, the formless, things at the edges and that are out of the vicinity. They will all come alive in our consciousness as fundamental life forces that can sustain Earth and Life.
I feel it is time for our thoughts and concerns, and the purpose of art and poetry to serve Life that is rooted in the Soil and community. Only that which finds its bodily presence can breathe Life.
It is time for us to find our stories, art and poetry in seeds, soil, and in the open hands that dream with it. It is time to denounce the abstract and start seeing, touching, nurturing and finding joy in that which is real. 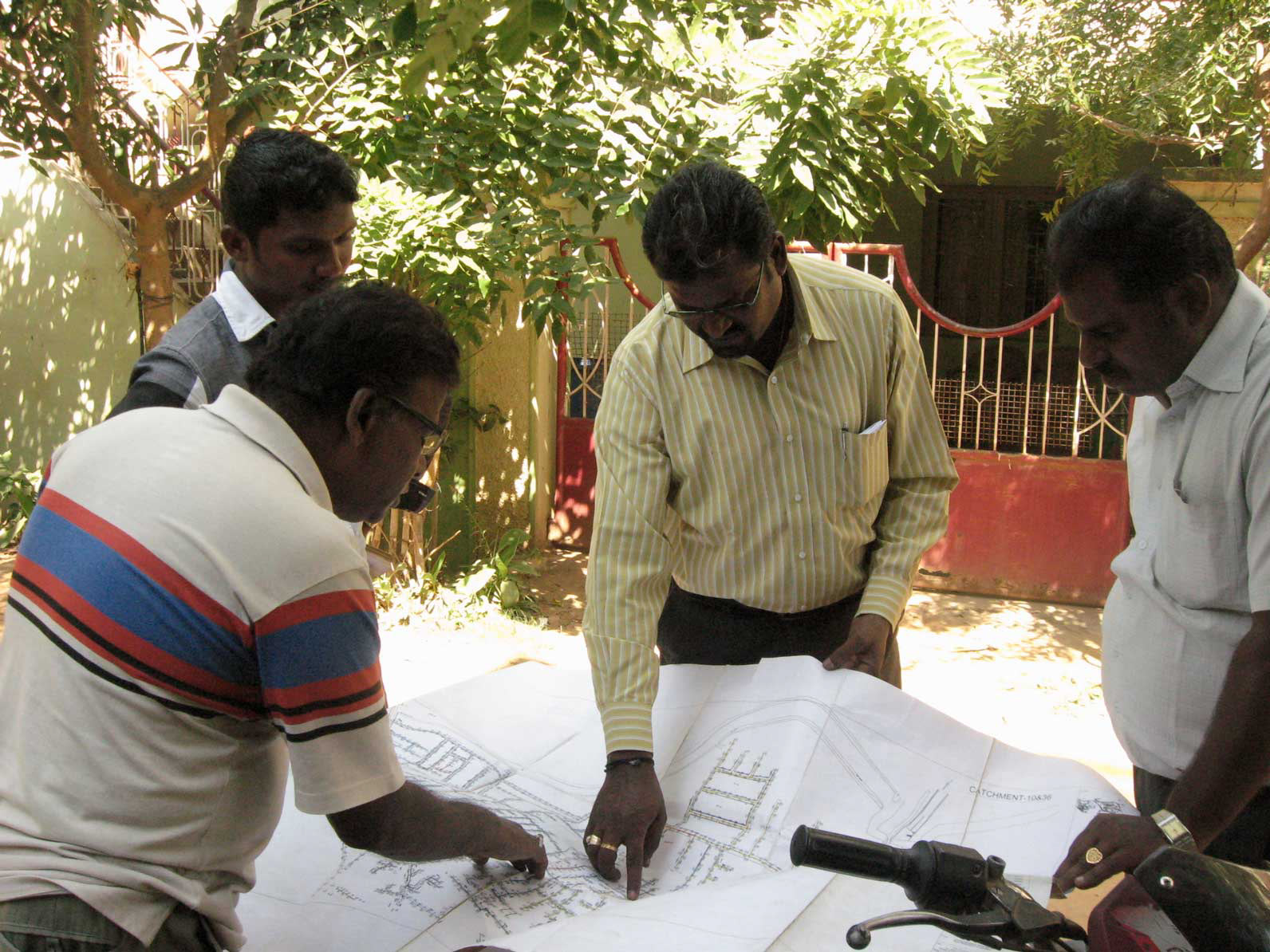 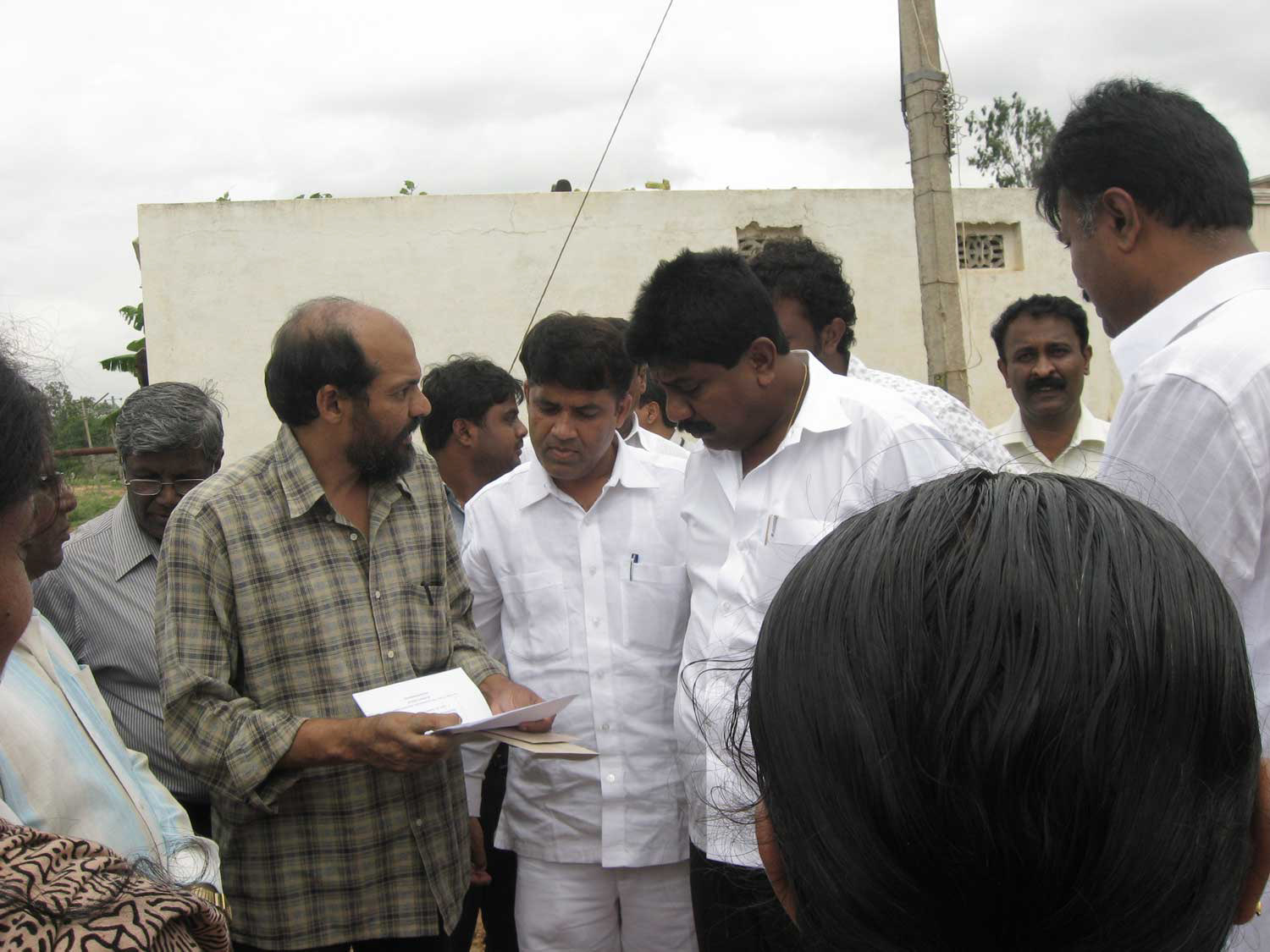 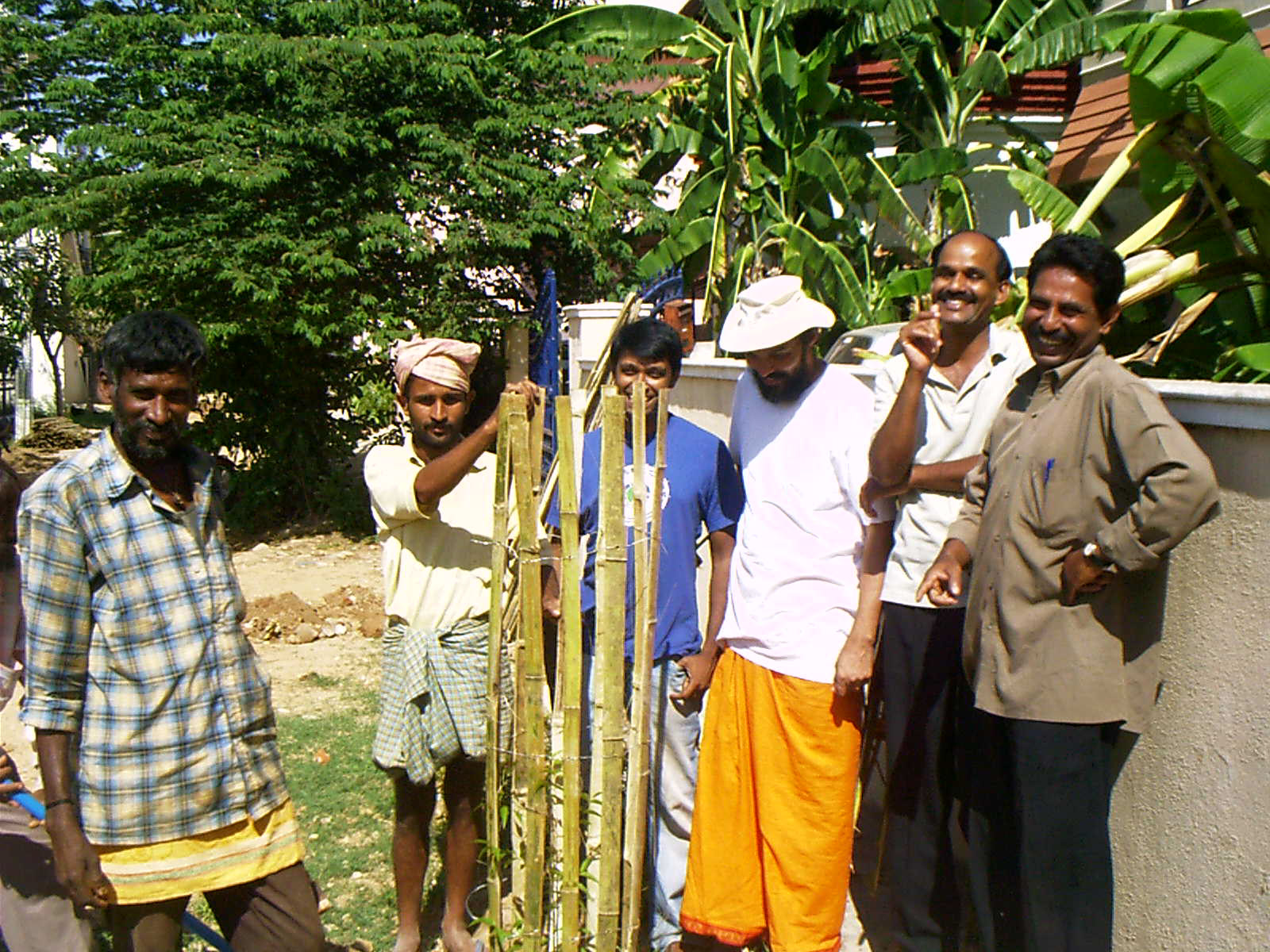 Every concern demands real resolve and I understand it is in the core of these things that we can find what we seek – the ‘song line’ that connects the immediate with everything before and after. It is to experience ‘loving connections’ within, and with everything. Here, the self and the other, multiple others, inextricably coexist – human, tree, bird, rain, animal, water, mountain, the unborn … -- in an active, present-continuous relationship.
It is only in this body, in this place, in this life, that we can make our best efforts and endow them with spiritual significance.
Our thoughts should become flesh once again.
C.F. John