FTAK FTAK was born at the peak of the agrarian crisis in Kerala, formed in 2005 by Tomy Mathew of Kerala’s oldest organic store, Elements in Kozhikod. The 300 families from Wynadu who were its first members initially were looking to increase market access for their farm produce and to negotiate better prices to ensure trade justice, keeping the dignity of farmers at the center of the collective. Now under its umbrella over 4500 families have made a mark in the hilly tracts of Malabar by its pioneering efforts at fair market access for the hill produces of Kerala.
The organization initially focused on remunerative prices and fair market access. Today the organization has managed to build on this and become a force in sustainable and organic farming practices, rejecting monocropping in favor of biodiversity. It is thumping a finger at terminator technology. They are recapturing seeds for the public good. At another level, it is bringing the focus back on food sovereignty. By collectively adopting sensitive farming practices, the 4500 member farmers of FTAK have turned more than 15000 acres of farmland in the Western Ghats into climate resilient homesteads. The aim is to make each member’s farm a miniature rain forest with a multitude of fauna and flora typical for the western ghats region, now a declared protected biosphere
Inaugural procession 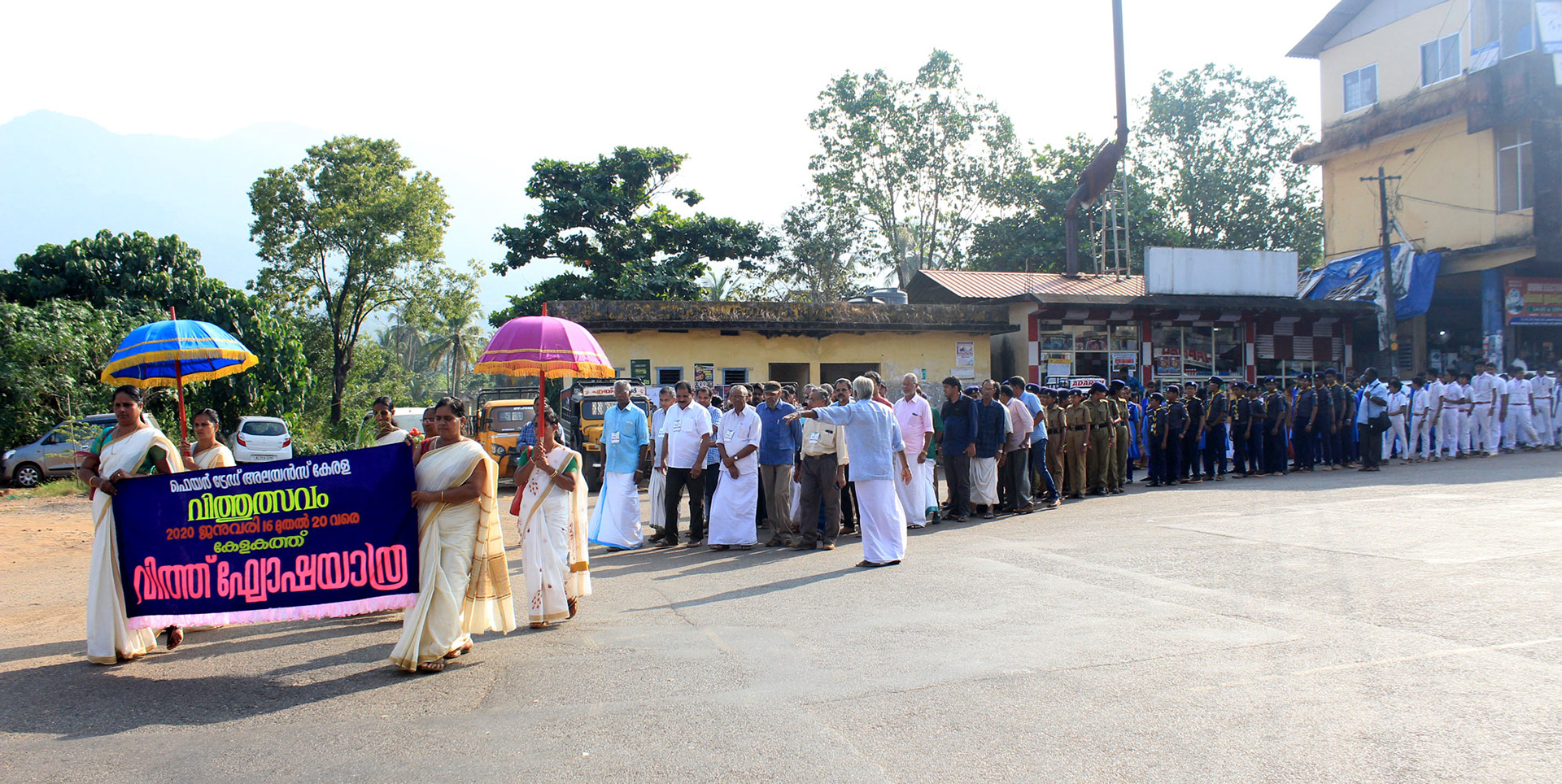 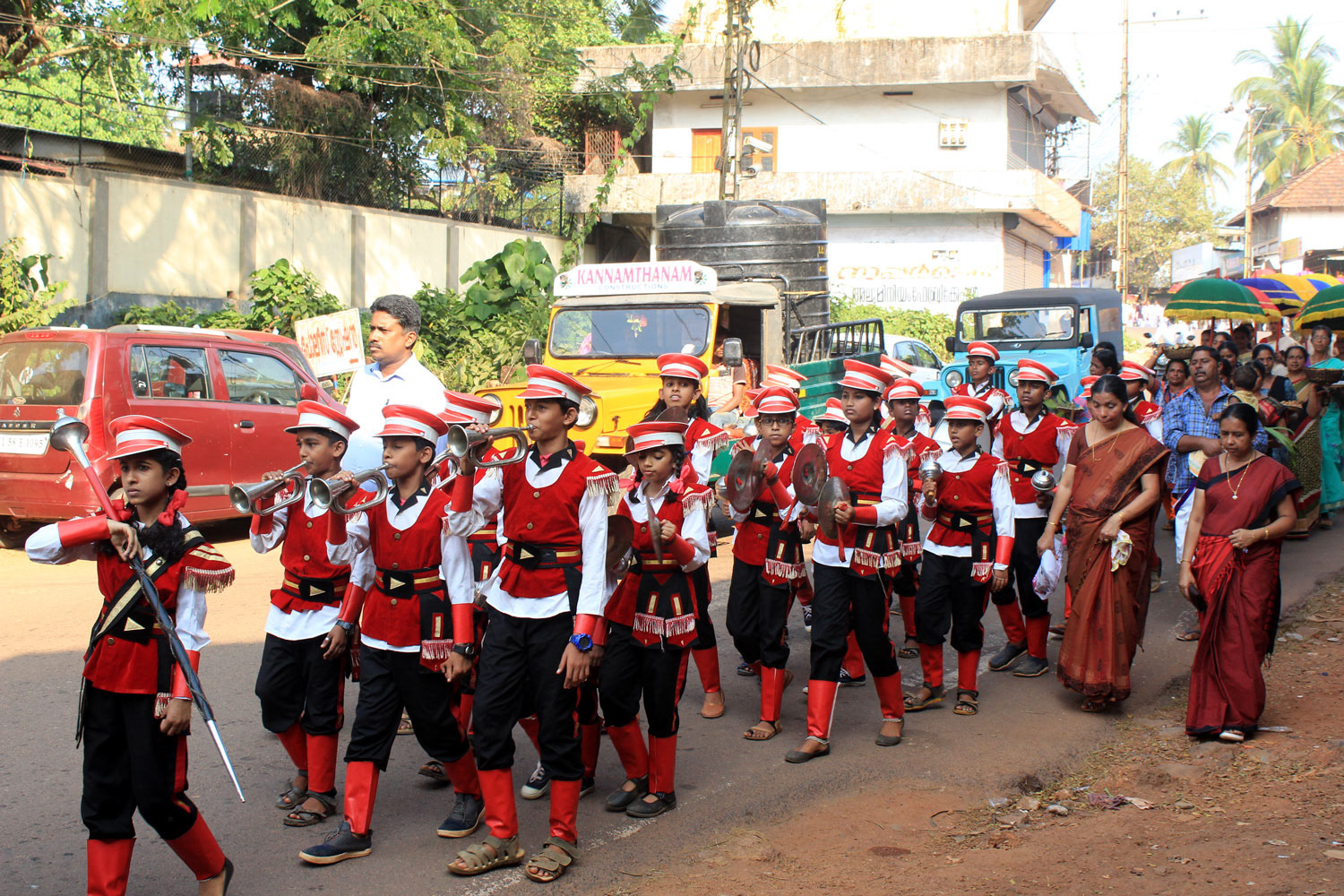 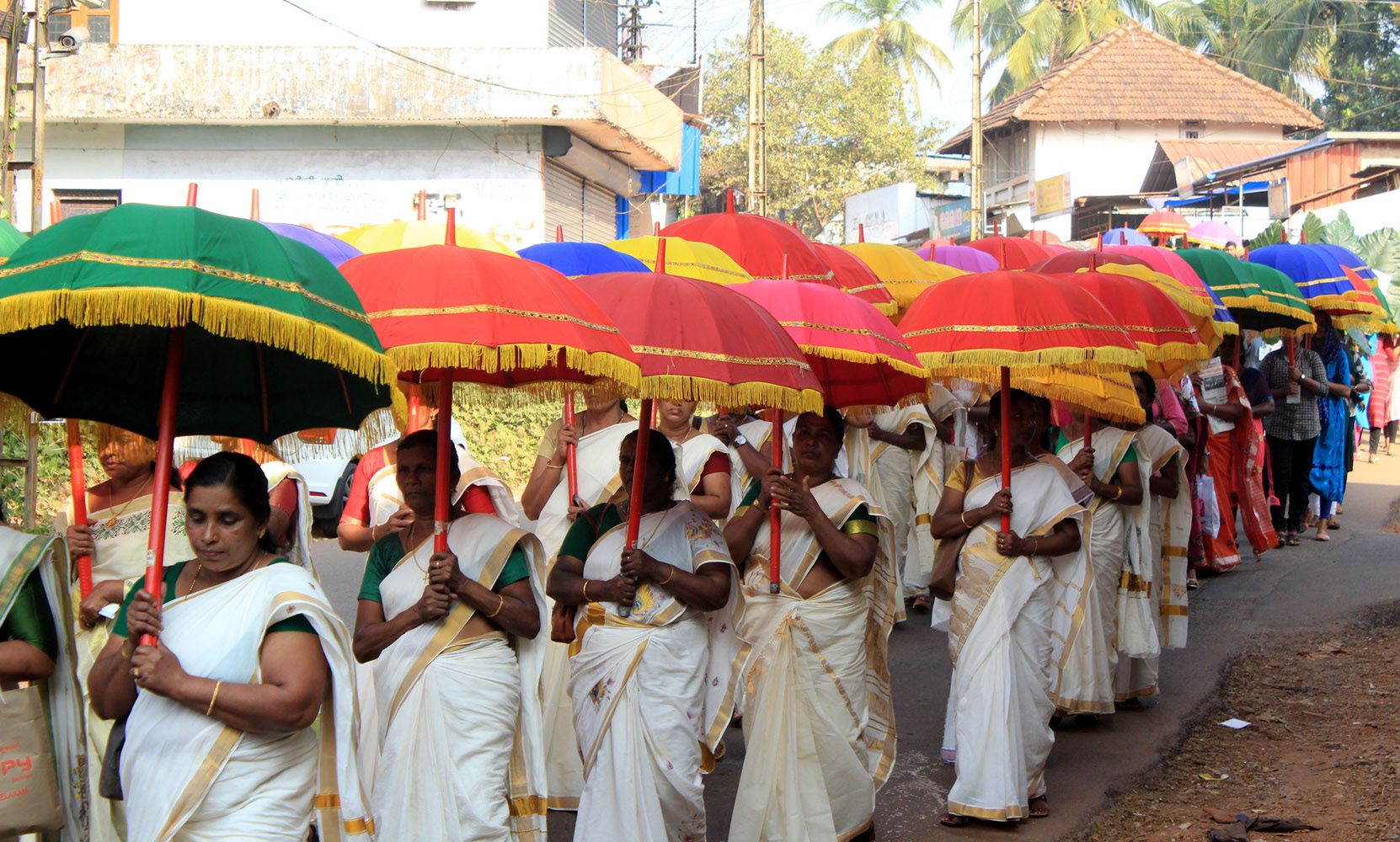 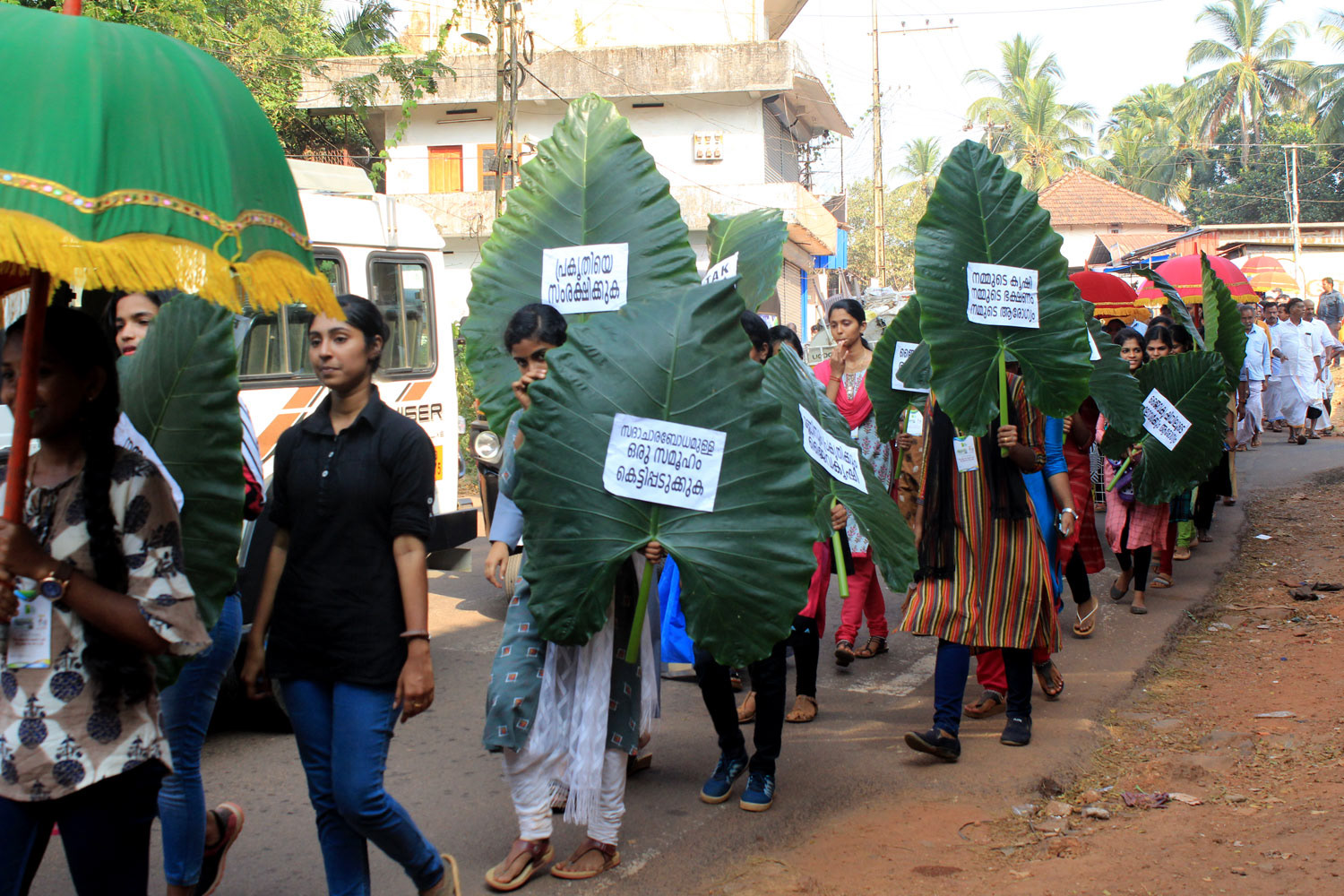