From the centre of the pyramid of the Custodians of Seeds, perpendicularly to the right in alignment are “The Chair of the Seed Keepers - from the edge of the wound” and “The Booth: Tell your self and tell the Nation - from the edge of the wound 1”.  From the Chair of the Seed Keepers, the farmer considering herself as a person who is given the power to decide, proclaims publicly her decision or suggestion to the nation to uphold the light of the land and agricultural community, as well as her own resolve to uphold the light.
The person who wished to speak from the chair was asked to fill in a form that would ask her to identify herself and speak on what she hoped to do and what she would tell the nation, keeping the farmers as witness. It was on the one hand a platform for a public confession and making a covenant between her and the earth communities, and on the other hand to also become part of the solution and not point fingers at the ‘Other’, the problem. The filled form was displayed on the board next to it for the public to read.

The chair was like a seed, it sprouted a consciousness keeping Nation and Earth at the heart

Poet V.T. Jayadevan giving voice to the words of Nadhi, the youngest one to speak from the chair 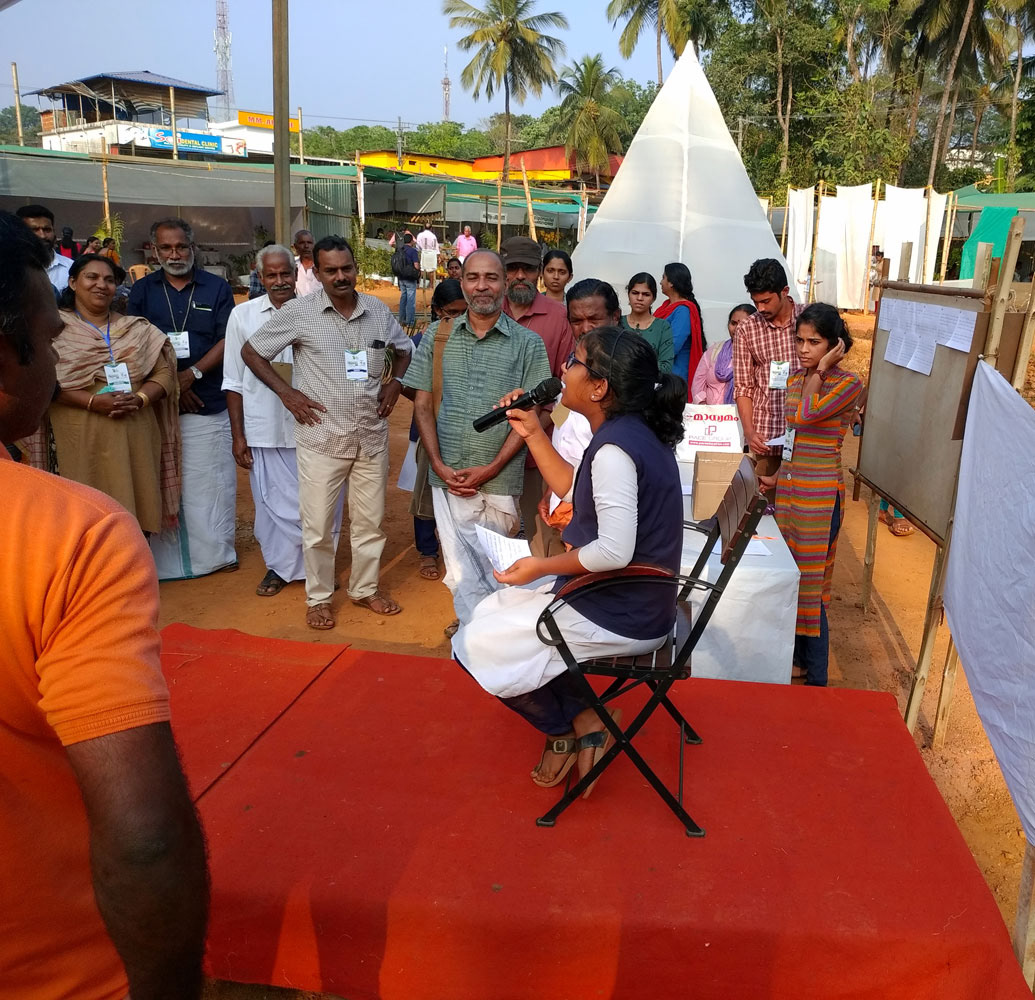 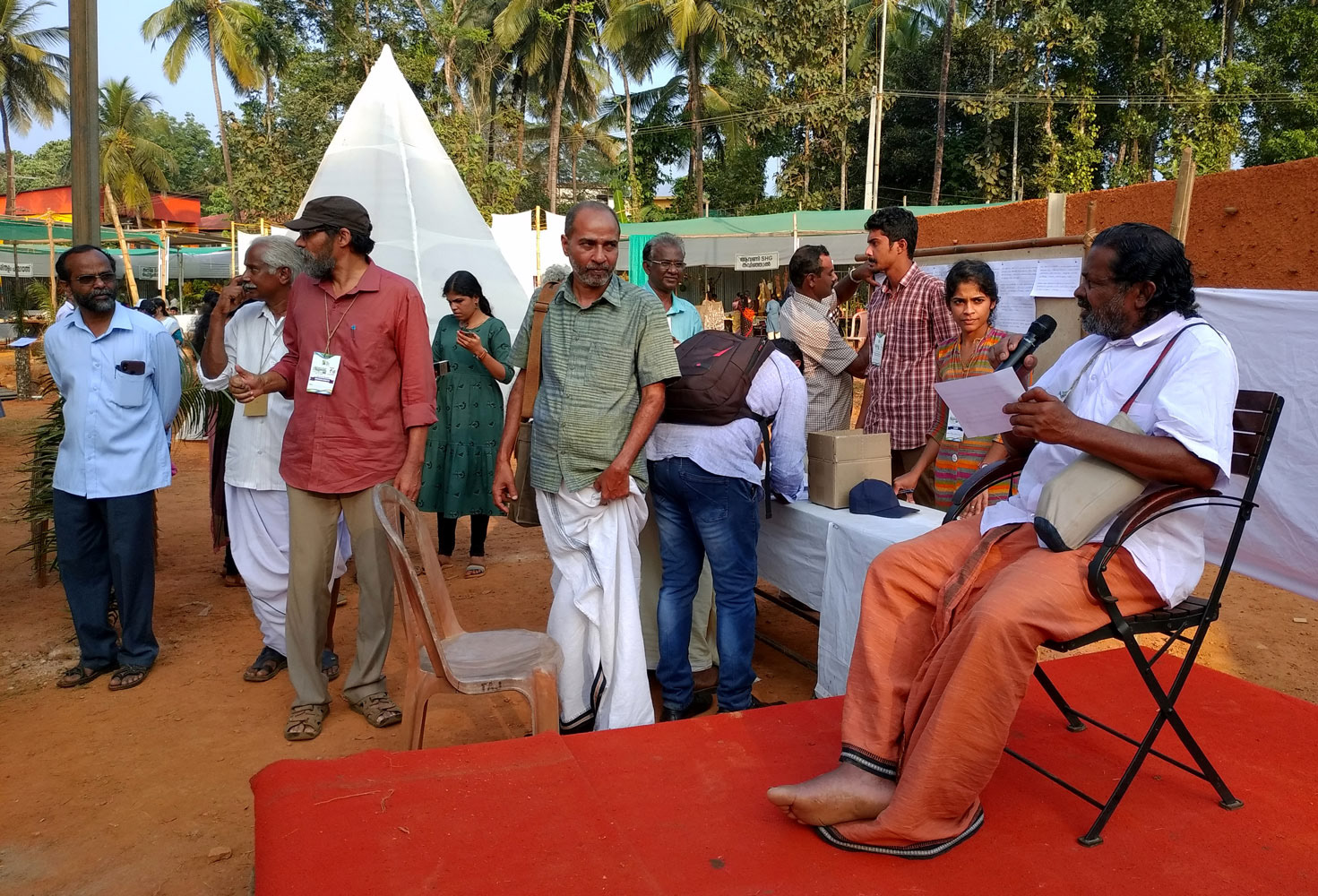 K.P. Mohandas spoke “Farmer is the wealth of the country. He deserves the highest honour. I am ready to be part of the efforts that help protect all the farmers in this country. The rulers of this country should take steps to protect the farmers as much as it does the soldiers.”
Sojan Kalapura said “Just as education is free and compulsory, there should be a law making it compulsory for all citizens to do farming”.
The renowned film actor Prakash Raj said, “I say to myself that I need to be a participant on this journey of evolution.. Let’s be empowered with this magic of life, bow to our farmers.”
There were around 120 presentations, making confessions and covenants and calling for a change. 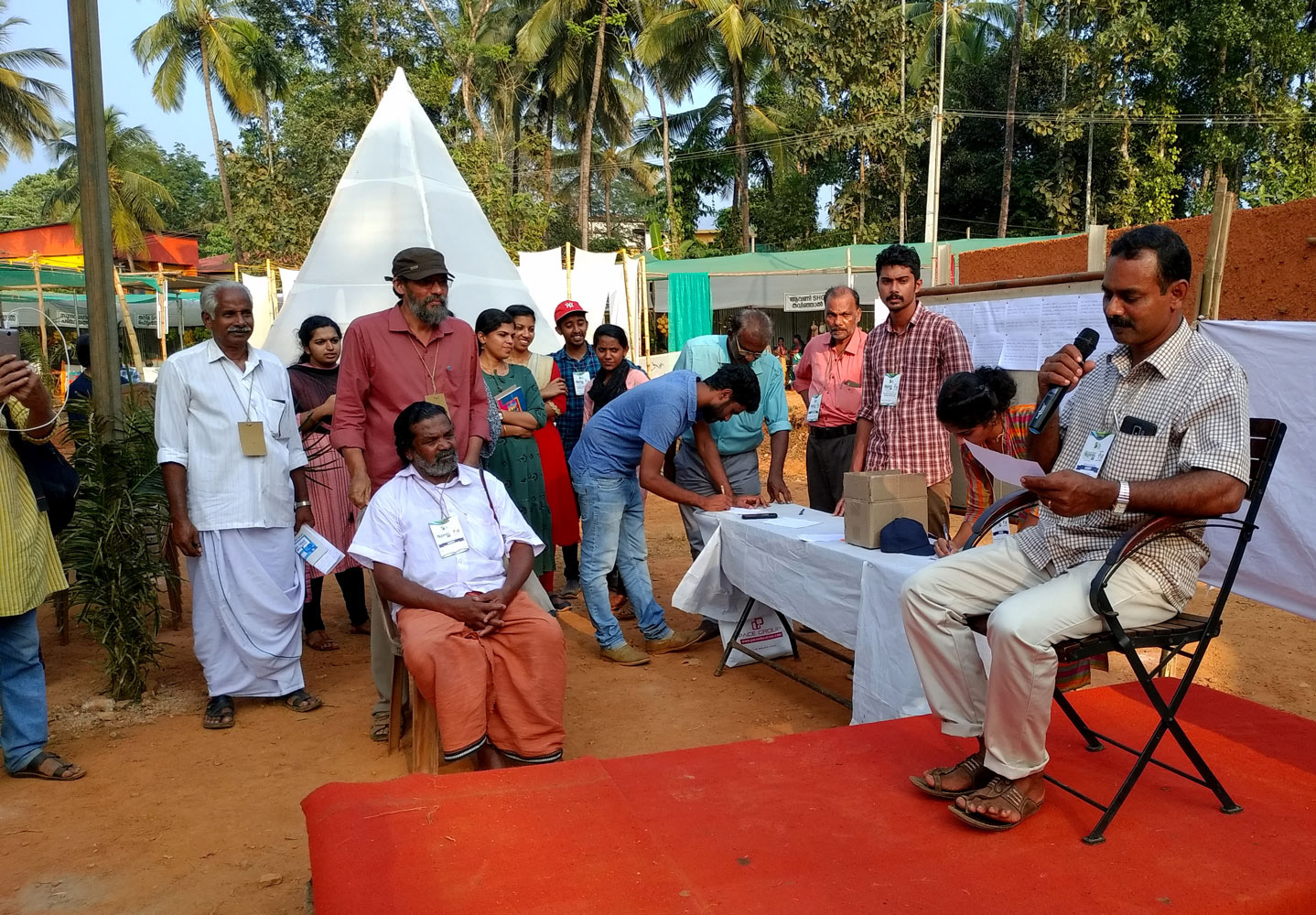 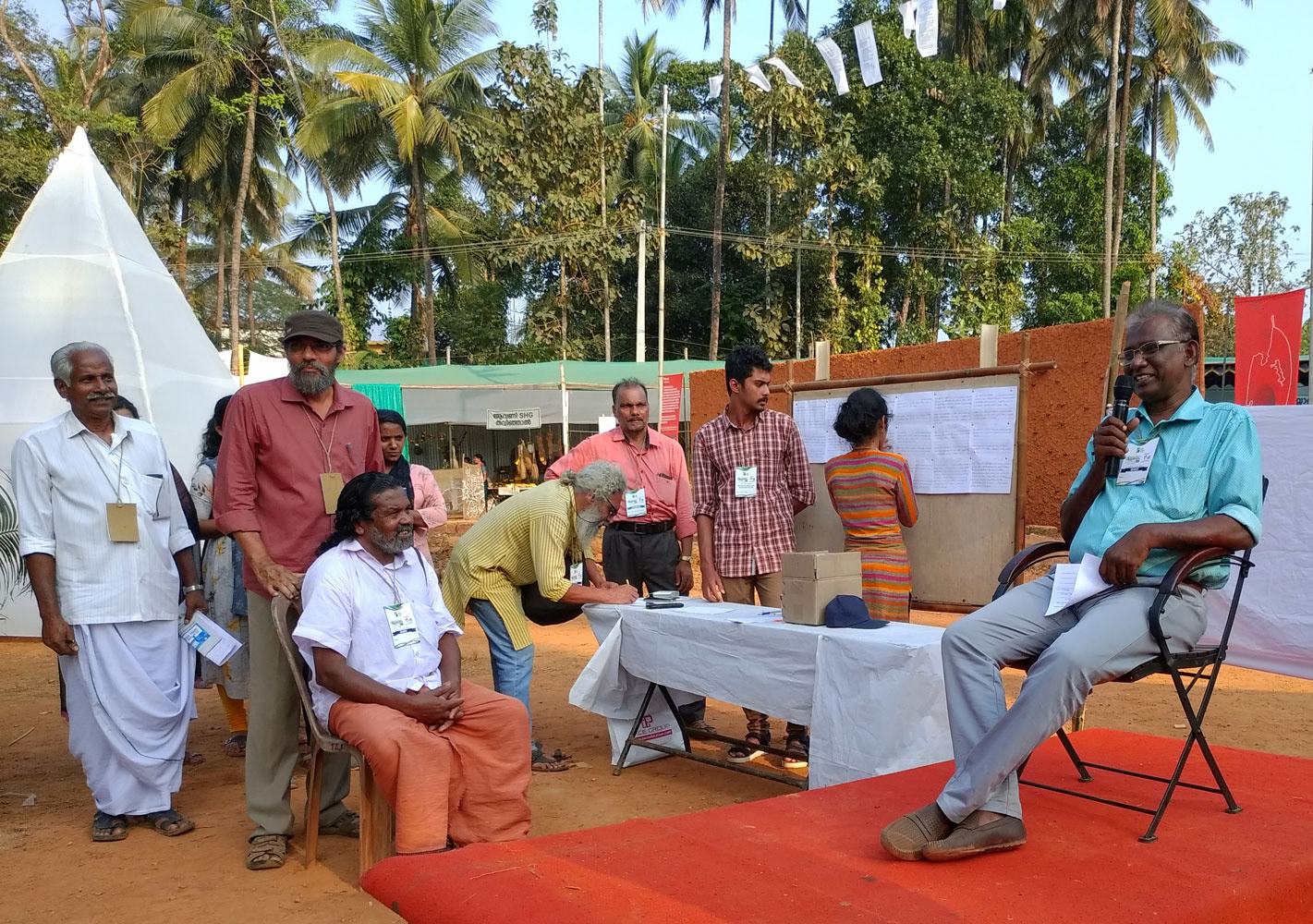 From the Booth: Tell your self and tell the Nation, the visitor take a resolve to herself and makes her suggestion to the nation in a similar manner but in writing. She will also mark the place she comes from, using a bindi, on a map installed next to it.

Not long ago in this county most people were either doing farming or in some way were connected or had acquaintance with farmers. Today this connection is lost and its implications for our culture, ecology, consumption, understanding of food, and waste are grave. It is important today to re-establish the connection between agriculture and the general public.
When people were connected with agriculture it had a bearing on our cultural sensibilities too. For example, it helped sustain an empathy with food, which is a deeper connection with food. Not long ago, in our houses children were taught to respect every grain that earth produced. When a grain of rice fell to the ground, we would pick it with our hands. Sweeping it with broom was considered as showing disrespect to food and earth. Even when we had abundance, we practiced the same. The food that we held in our hands were not regarded in the light of money spent but as something mother earth had given as a gift. In certain conditions each grain is a seed and as food it comes to sustain our life.