In an art show everything needs to be appropriate. Precision is the key, even the disorderliness or messiness is to be precise to enhance our 'aethetic experience'. Everything has its right proportion, place, spacing, light, darkness, sound, temperature. Without our own knowing all these parameters have come to play a greater role in our aesthetic orientation and appreciation. Needless to say forms of control and concealing have become the rule of taste for us today. We conceal more than we claim to reveal.

'Let me come to your wound, heal myself' was a space of happening, different from any accustomed art event. When we go to a restaurant, it is to eat, to a temple is to pray, to a gallery is to see art, but here the visitor did not come exclusively for any. The seeds, its custodians, and their enigmatic wounds and the light unveiled through the art, together, ignited new ways of seeing. Here the art was not seen from the comfort of a privileged ambience but through the wounds of life, the ordinary – seeking an embodied aesthetic. It sought to enliven both the functional and symbolic spirit of the land and of life. It was a poetic immersion in the ordinary, recognising the secret of life and its guardians

Sunil P Unni who was helping us with the installations spoke on behalf of many, saying, “These installations demolished the understood notions of installation art and the expectations. They are serving as translations. Because these spaces clearly translated the inner workings of the act of farming and seeds. These installations spoke to each one’s right to her own context of life. For a farmer, it inspired her to re-enter and see herself again; for a student it was like a burning coal striking within her, making her recognise that it was her duty to be part of this and to nurture. For a salaried person, he would have wondered why until this day he hadn’t been able to look into the eyes of a farmer, why until now he could not serve as a helping hand to the farmer. These installations taught people, when they walked around seeing the innumerable seeds, also to look at the farmer’s face and see the scars it bears. That is how these forms have made themselves rich. At a time when we’ve got used to seeing art forms that are mystified or remained as spectacle to look at, these are without veils and directly connects to life. It is like it is said in the Bible, they spoke different languages but each one understood it in their own language. Here, people came from different backgrounds but understood from their own level, that is the success of these presentations.” He added, “These installations also hid themselves from some others.” 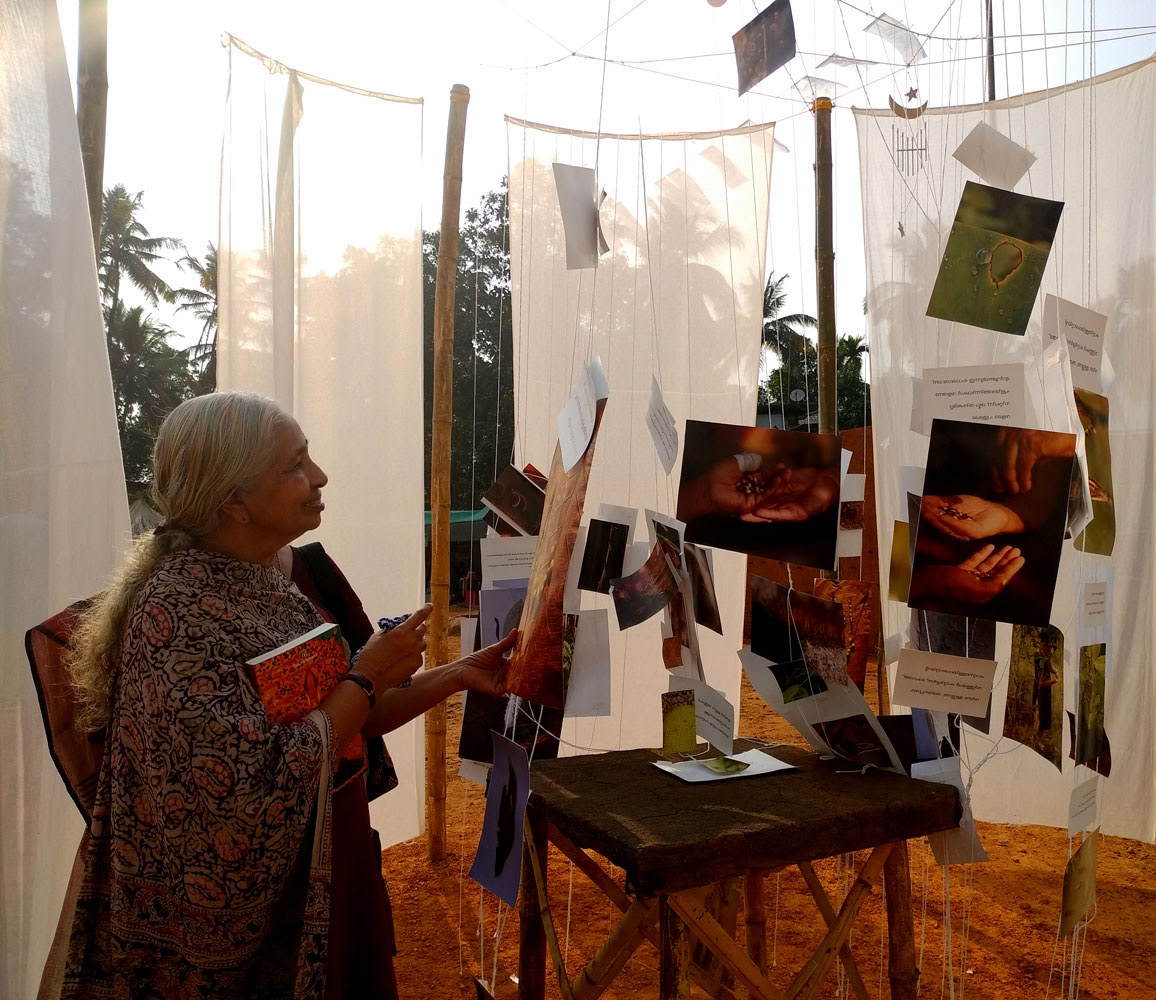 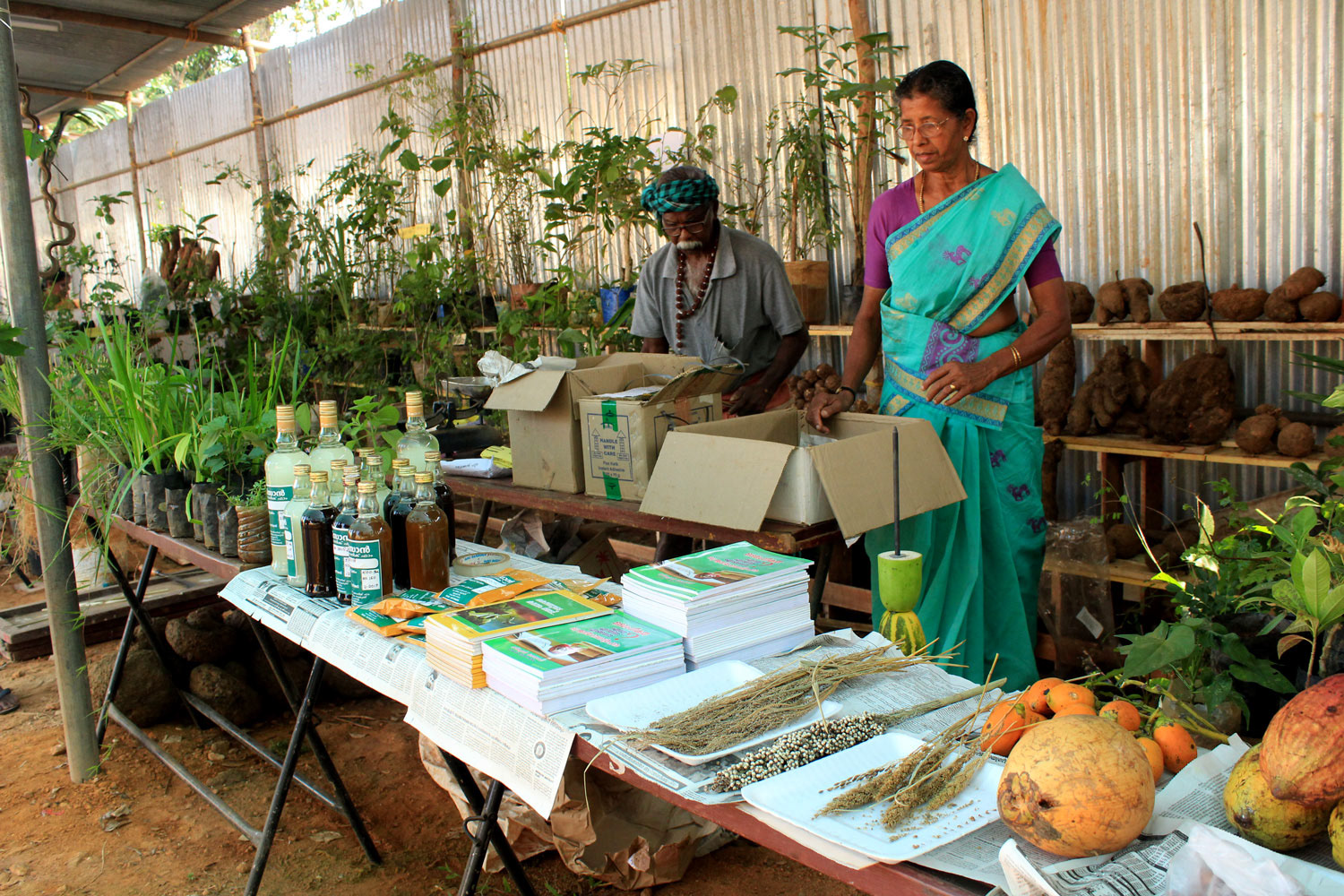 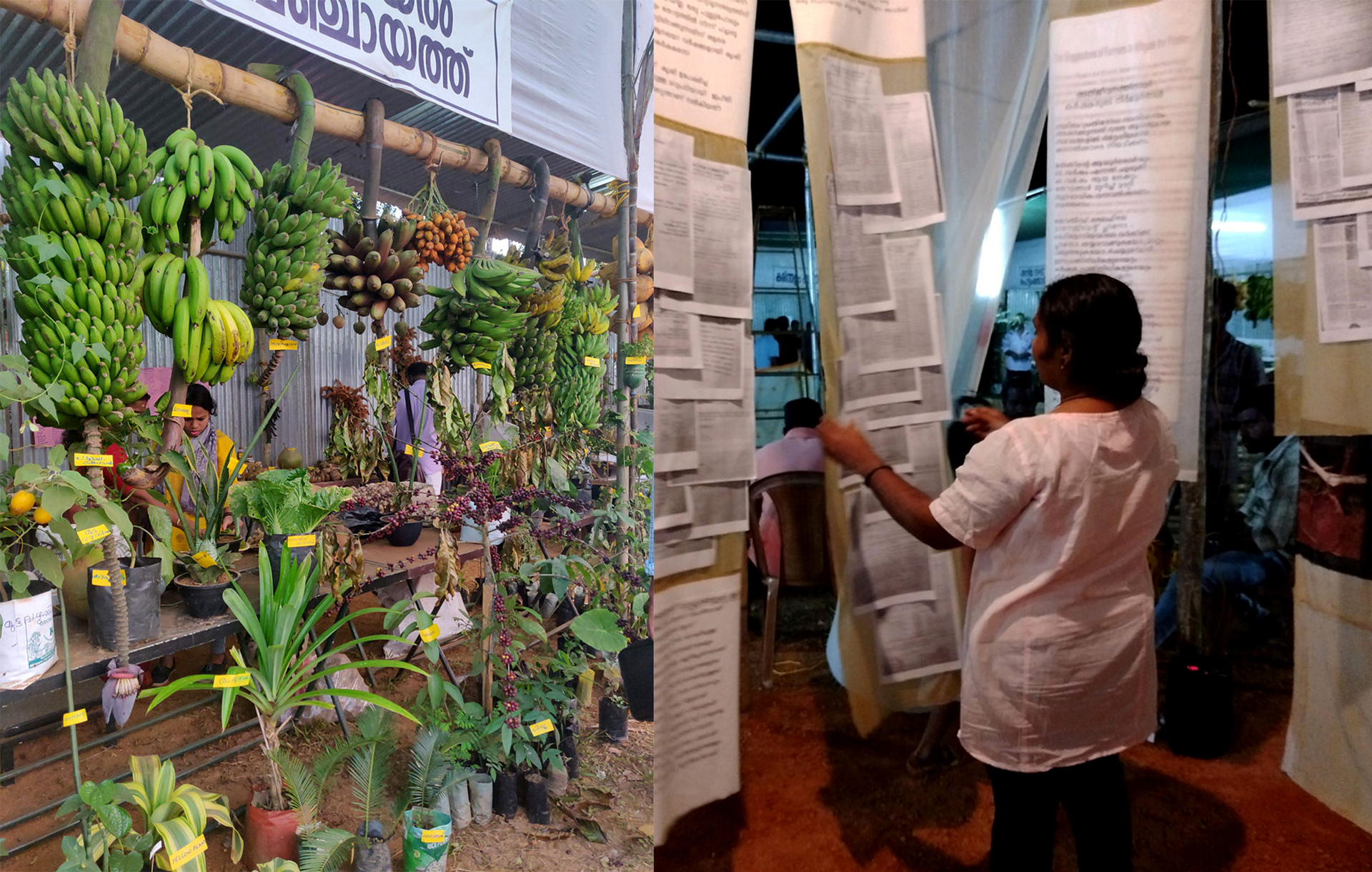 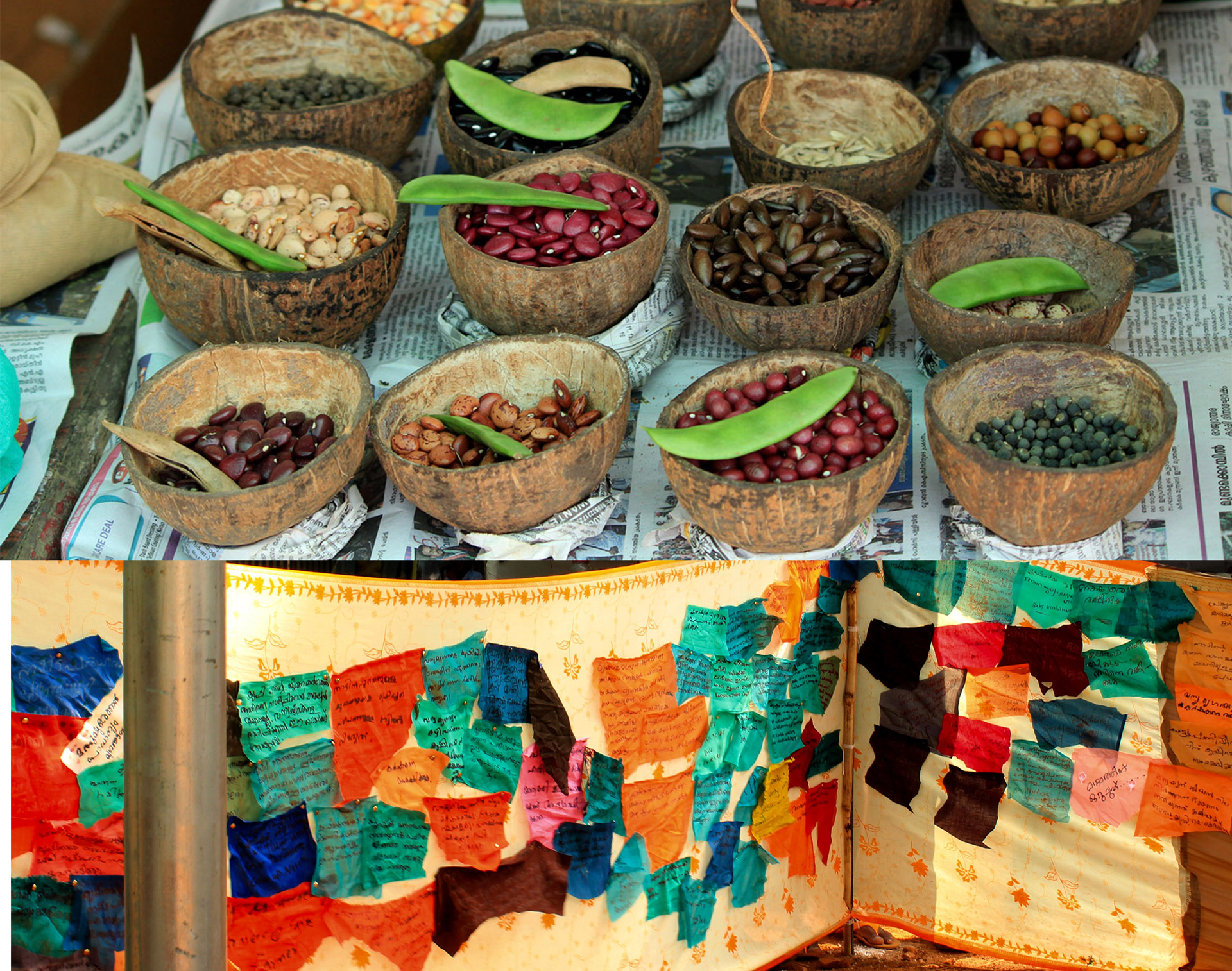 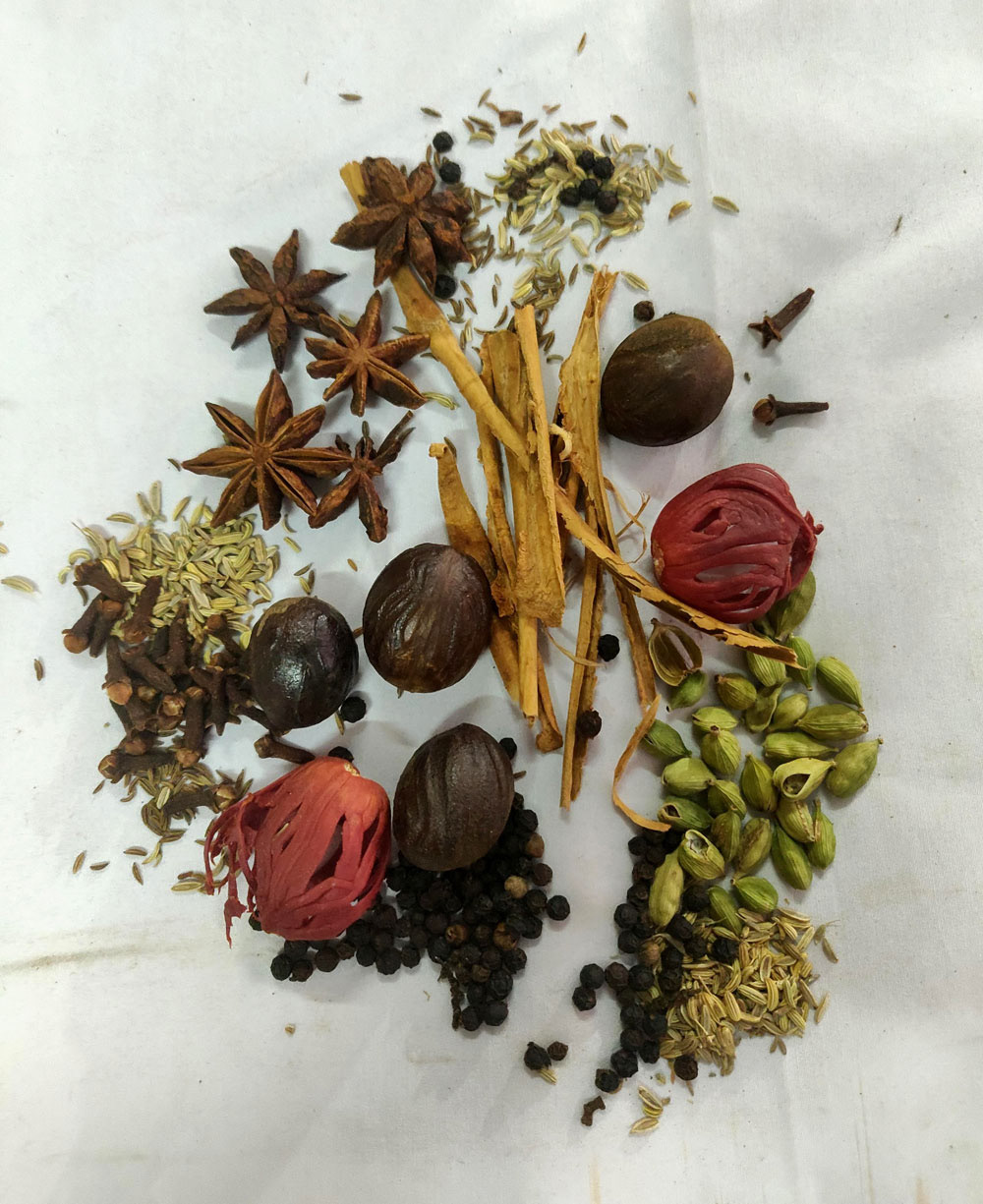 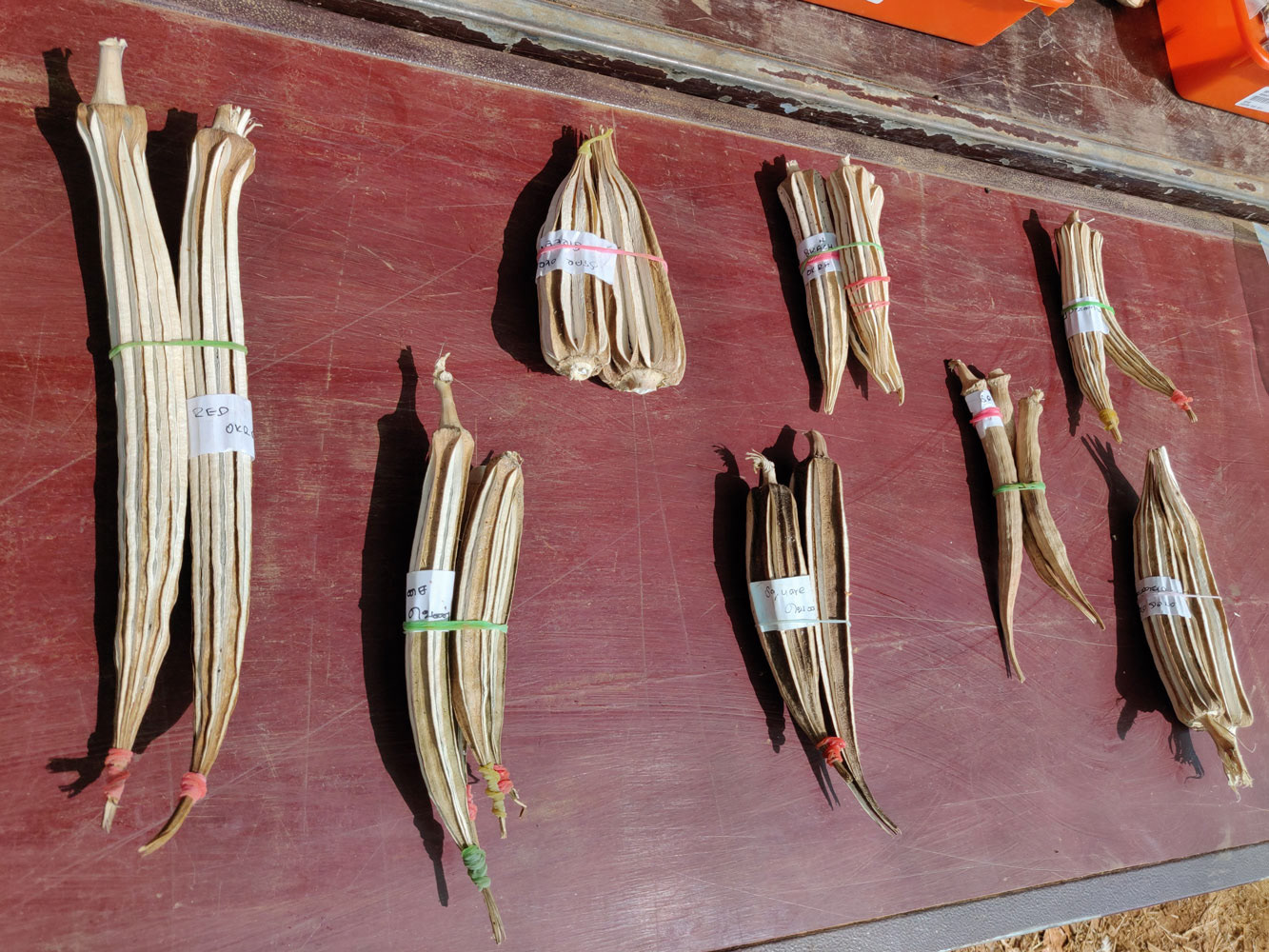 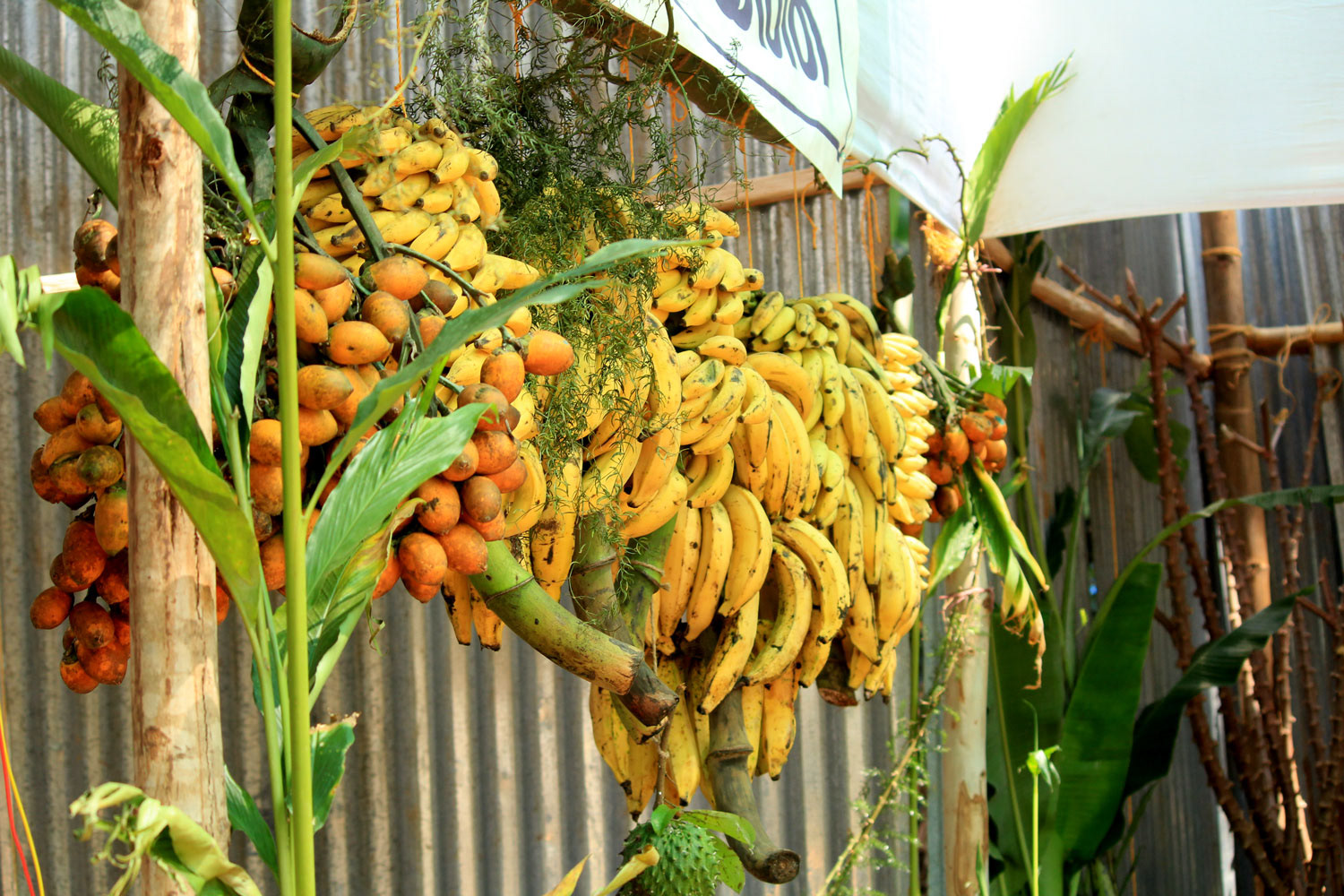 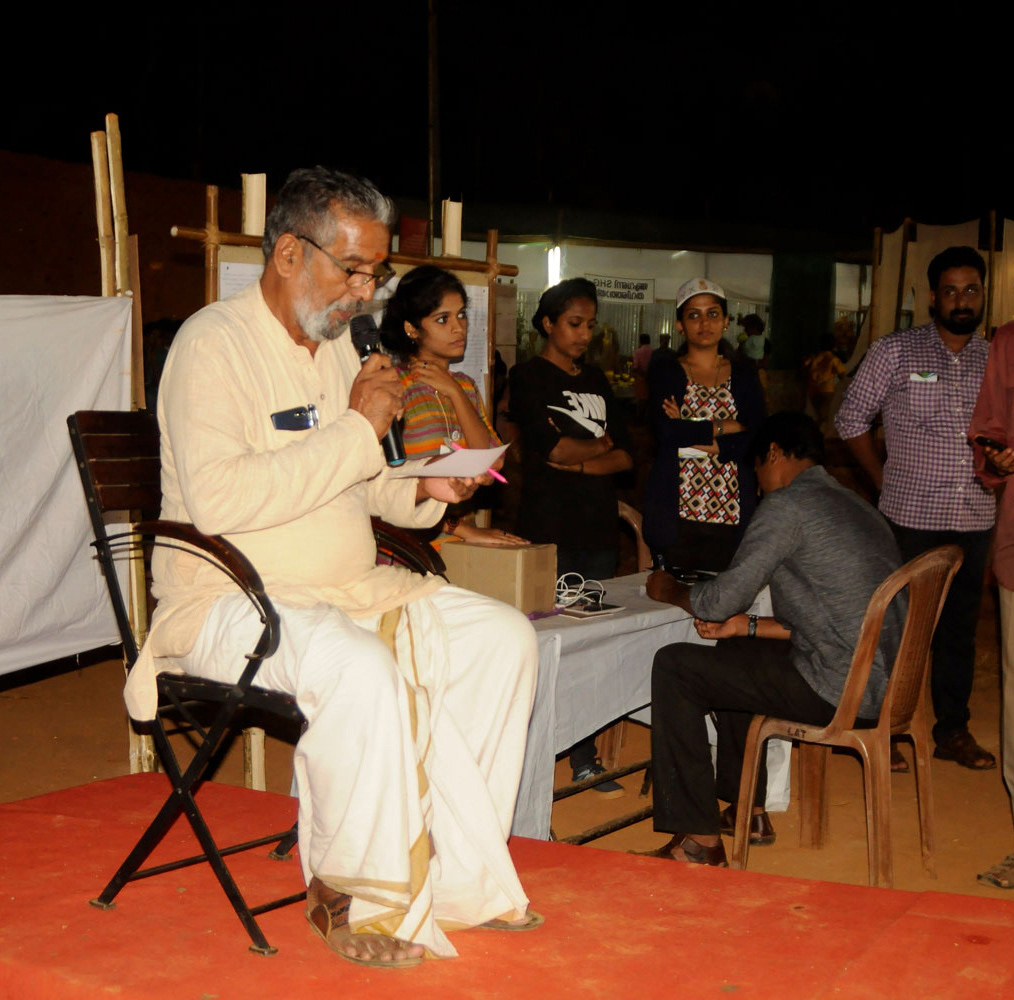 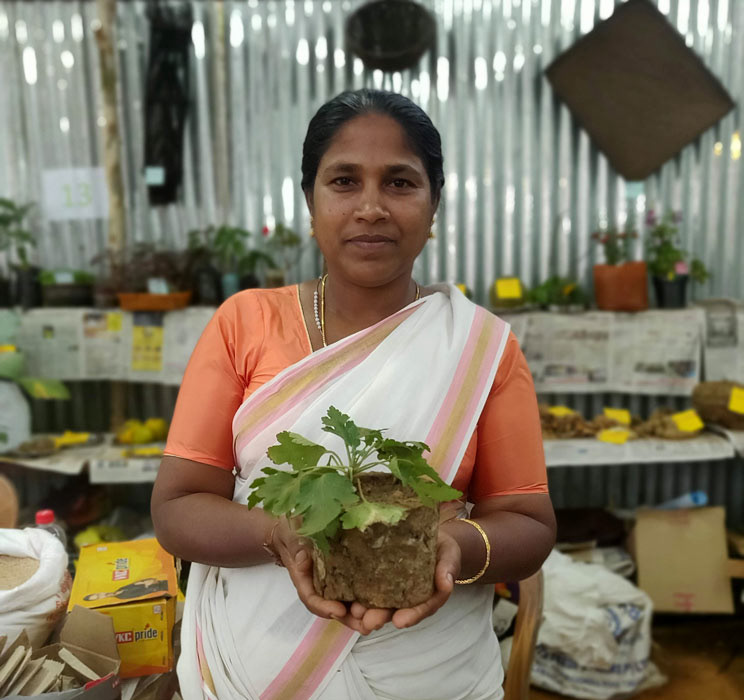 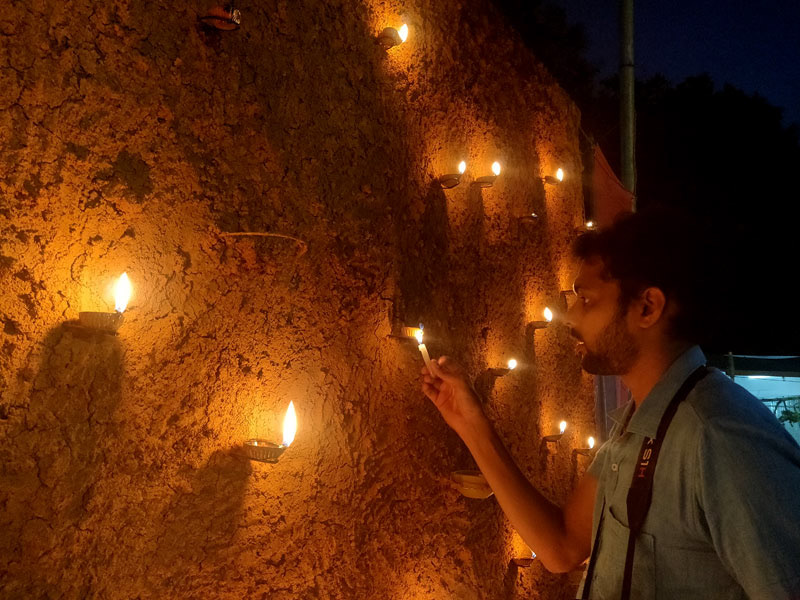